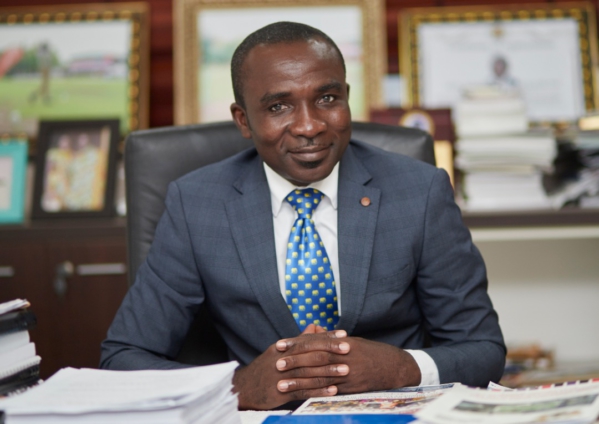 Ashanti Regional Minister, Simon Osei Mensah has defended former Member of Parliament for Nhyiaeso, Kennedy Kwasi Kankam over claims that he misapplied the MP’s common fund allocated to him

According to Simon Osei Mensah, Kennedy Kankam needs not answer to any accusation leveled against him because he has done nothing wrong.

Speaking to reporters in Kumasi, Wednesday, June 23, the Regional Minister said emphatically that there is no audit report to justify such claims.

“I have personally served as an MP for 12 years and as such, I am very conversant with the guidelines and processes of utilizing the common fund.

“If an MP wants to use his Common Fund for an activity, he will first apply to the Chief Executive indicating the activities he wants to apply his fund to.

“The Chief Executive will then examine the request against the guidelines and if they are satisfied, give approval before disbursement or otherwise. No MP can access the Common Fund without the approval of the Chief Executive of the particular Assembly. It is simply not possible,” Mr Mensah said.

Some media reports had suggested that Mr Kennedy Kankam, during his tenure as Nhyiaeso MP misapplied the Common Fund by giving it out as loans to some constituents.

The reports said an audit had allegedly indicted him and recommended that he refunds an amount of GH¢500,000.

However, Hon. Kennedy Kankam debunked the story asserting that due process was followed and all the disbursements to the loan beneficiaries were above board.

He presented various letters and documents to prove his case.

Mr Kankam served as MP for Nhyiaeso in Kumasi from January 7, 2017 to January 6, 2021. He replaced Dr Richard Anane who had been representing the people of the area since 1997.

The current acting Kumasi Metropolitan Assembly Chief Executive, Mr Osei Assibey Antwi in defending the former MP also said Mr Kankam has never been involved in anything illegal, as far as he is concerned.

The Assembly has therefore released a statement to clear Hon. Kankam of the evil allegations that have been leveled against him.

“There is nothing illegal in the disbursement of the funds. What the auditors brought to us was the Management Letter. It only raises concerns and we had a month to reply. It is not an Audit Report and cannot be referred to, as such. I don’t even know how this Management Letter got leaked.

“There is no ambiguity about the MP’s spending. Nobody gave him money in his hands to go and spend it. He made a request for repayable loans. So the money was paid to the bank and the bank administered the disbursement.

“There is no malfeasance involved and all the queries they raised, the assembly has answers for them. Kennedy has not committed any crime,” Mr Osei Assibey Antwi said.

Mr Kennedy Kankam’s name has come up as one of the nominees likely to be appointed as the next Mayor of Kumasi.

He was the Convenor of the group, Aspirant’s Unite For Victory, which was made up of parliamentary aspirants who could not win the mandate of NPP delegates to contest the 2020 Parliamentary Elections on the ticket of the NPP, but mobilised themselves to campaign in support of various NPP candidates for the 2020 Elections.

According to the Assembly, he is a grassroots person who has invested a lot in the party, and a suitable candidate for the position of Mayor of Kumasi.

DISCLAIMER: The Views, Comments, Opinions, Contributions and Statements made by Readers and Contributors on this platform do not necessarily represent the views or policy of Multimedia Group Limited.
Tags:
Former Nhyiaeso Member of Parliament
Kennedy Kankam
MP's common fund