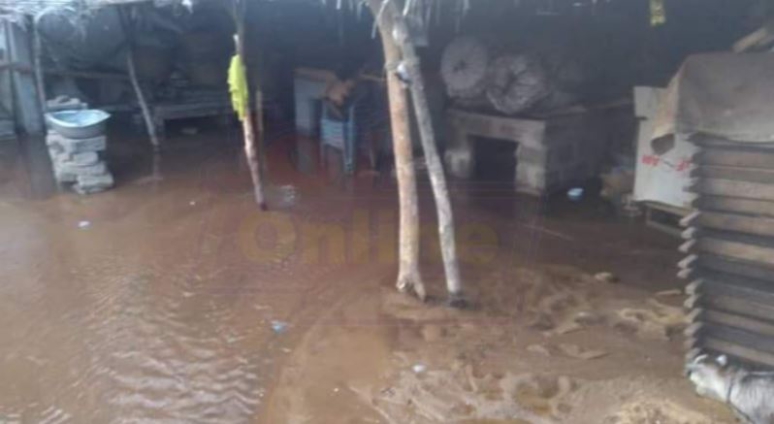 Municipal Chief Executive for Ketu South, Maxwell Lugudor has reiterated his commitment to ensuring that residents who have been affected by the tidal wave that hit the locality on Sunday, have a safe place of abode.

Speaking on Joy FM’s Super Morning, on Monday, April 4, he intimated that plans are underway to complete 15 houses for the victims.

This is in fulfillment of a promise he made last year to construct 100 units of houses on a nearby island for residents following the disaster that rendered many homeless.

Unfortunately, before the promise could be fulfilled, another disaster has hit community members, presenting them with the same challenges of being homeless and having their properties destroyed.

The MCE assured residents and the general public that the 15 houses will be completed within three months.

“For the fifteen units’ two-bedroom houses, according to the Contractor, he will use only three months to finish it,” he stressed.

Mr. Maxwell Lugudor stressed that one of the major challenges hampering the progress of the project is a lack of funding. He acknowledged the fact that the First and Second Ladies, Her Excellency Rebecca Akufo-Addo and Samira Bawumia have been very instrumental in ensuring the project becomes a real success by providing financial support.

Nonetheless, he appealed to the general public to come to the aid of his outfit with more financial support in order to complete the project on schedule.

“For now, we have GH₵2million which is being used to fund the 15 units, but we need to construct 100. So we appeal to the general public to come to our aid with funds to complete the 100,” he noted.

On Sunday, April 3, some residents of Keta and Agavedzi in the Volta region were displaced by tidal waves again, barely six months after a similar occurrence.

Some moved to higher grounds to seek shelter, while others had no choice but to sleep on mattresses along major roads.

At Keta, the famous Emancipation Beach Resort has been badly affected by the high waves, destroying many properties owned by the facility owner.

Residents who spoke to JoyNews’ correspondent, Ivy Setordjie, lamented the continuous ravaging impact of the sea, adding that the recent waves may cut off streets and make it difficult for people to use the roads.

“We need help. The main street leading into the township has also been submerged, and the school under the waters and means of livelihood are being destroyed.

“We are constantly living in fear due to the continuous ravaging of the sea, and it appears to us that if nothing is done soon and urgently, the whole area will be cut off. Therefore we are appealing to government to look for funding and start a sea defence wall, which seems to be the only solution to our problem,” a resident lamented.

DISCLAIMER: The Views, Comments, Opinions, Contributions and Statements made by Readers and Contributors on this platform do not necessarily represent the views or policy of Multimedia Group Limited.
Tags:
Ketu South Municipality
Natural Disaster
Tidal waves