Kissi Agyebeng deserves the support of all us – James Agalga 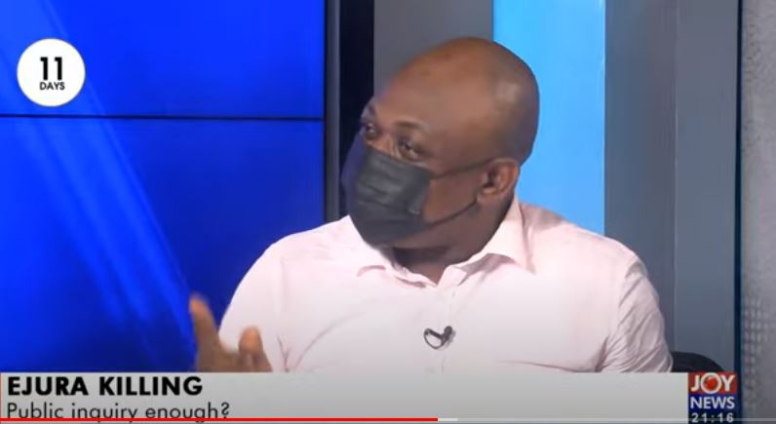 Ranking Member on Parliament’s Defence and Interior Committee, James Agalga, has called on Ghanaians to support Special Prosecutor nominee Kissi Agyebeng when his nomination for the position, is approved.

Speaking on Top Story, Mr Agalga stated that he was pleased with Mr Kissi Agyebeng’s responses to questions, especially, ones regarding his relationship with the Agayapa deal, Gabby Okyere Darko and his age.

Mr Agalga said, “in all, I think that Kissi Agyebeng deserves the support of all of us. We know the Office of Special Prosecutor is very new, relatively young. When Mr Martin Amidu took over or started the office, we knew that he was not going to achieve results immediately.”

“His main task was to ensure that the office was properly established and he started on a good note. So, I expect that Mr Kissi Agyebeng will continue from where Martin Amidu left.”

He urged Mr Agyebeng to ensure that the Office is properly grounded,  its various departments, including the investigative department, are also properly established.

“Mr Agyebeng will have to ensure the investigation department is properly set up so that what we saw unfold when Mr Martin Amidu was in office can be a thing of the past,” he added.

The Appointments Committee of Parliament vetted Kissi Agyebeng for the position of Special Prosecutor, on Thursday, July 22. He was nominated by the Attorney General, Godfred Yeboah Dame on April 16.

Mr Kissi Agyebeng is a Private Legal Practitioner and Law Lecturer. His nomination was greeted with mixed reactions from Civil Society Organizations, political analysts, politicians and the general public.

However, Mr Agalga believes that Mr Agyebeng deserves to be given the benefit of the doubt, especially after the Special Prosecutor nominee allayed fears that he had a hand in the Agyapa deal.

“He believes strongly in the independence of the office he is about to assume and so we largely took him for his words. I would give him the benefit of the doubt. He is going to assume office and whether or not he is a surrogate, will play out in the coming days, so we take him for his words.”

Meanwhile, the Special Prosecutor nominee said, he will make corruption a costly venture.

“I am not naïve to say that I am here to stop corruption, and indeed God himself will not even acclaim to that, but I’m going to make corruption very costly to engage in,” he stressed.

DISCLAIMER: The Views, Comments, Opinions, Contributions and Statements made by Readers and Contributors on this platform do not necessarily represent the views or policy of Multimedia Group Limited.
Tags:
Appointments Committee
James Agalga
Kissi Agyebeng
Special prosecutor