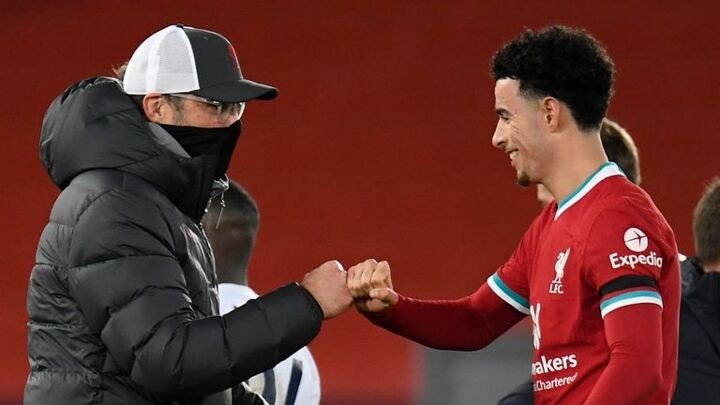 Jurgen Klopp has heaped praise on his Liverpool players after his injury-depleted side defeated high-flying Leicester City 3-0 at Anfield on Sunday.

Liverpool now sit joint-top of the Premier League table thanks to the win, leapfrogging the Foxes, who had started the weekend at the summit.

The win was also a club-record 64th league game at Anfield without defeat and their German manager was delighted with how his side performed, particularly in the absence of star men such as Trent Alexander-Arnold, Virgil van Dijk, Joe Gomez and Mohamed Salah.

“We deserved it. The boys played an incredible game against a top, top, top opponent. I don’t take things like this for granted. The boys were on fire football-wise,” he told Sky Sports.

“The front line defended really well. We should have scored more goals.

“I like the overall performance – the result and clean sheet. We defended incredibly well.

“The front line didn’t play too often together but how they did today was not bad.”

Brendan Rodgers, meanwhile, believes that his side took too passive an approach upon his return to Anfield, where he was manager between 2012 and 2015.

“We, first half in particular, were too passive and defending the space, but didn’t have enough contact, gave away poor goals,” he told the BBC.

“We had a good opportunity on the counter with Harvey Barnes, but overall when you are passive like that your football is not quite the same, we weren’t aggressive enough.

“Second half was a little bit better, more aggressive in our press, that allows us to play better football. Liverpool deserved to win. The guys coming back from the international break, not as cohesive as what we have been.

“It’s mentality, you have to get up to the ball, we were happy for them to have it in their own half, but as soon as it comes into your organisation we were not as aggressive as I would like.

“Much better second half. Unlike the game last year, when we lost at home, this is a game we can reflect on easily and analyse and move on.”