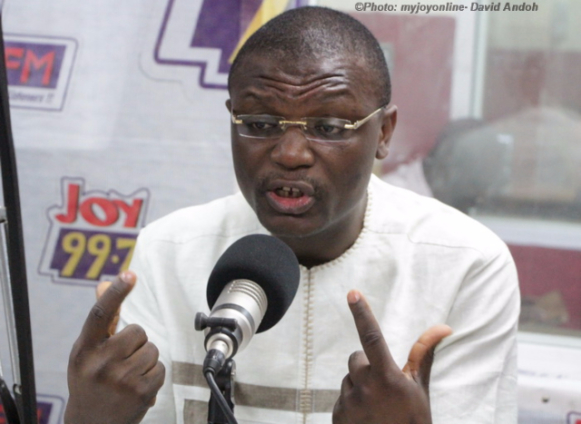 Member of Parliament for Buem, Kofi Adams is threatening to haul before Parliament the Chairperson of the Electoral Commission, Jean Mensah over the delay in the creation of the Guan Constituency.

Kofi Adams described as unfortunate the failure of the Electoral Commission to present a constitutional Instrument to parliament to create the Guan constituency.

“The delay is unfortunate because this is something that the Electoral Commission should have speedily acted on because they were the ones who wrote the letter indicating that the area that now forms the guan district will not take part in the elections of MPs on the 7th December 2020… From then till now, they [EC] should have taken the necessary steps to bring a C.I. before this parliament to create a constituency,” he said.

During the 2020 general elections, electorates of the area took part in the presidential election but did not vote in the parliamentary election due to a directive from the Electoral Commission (EC) because of the absence of a constituency.

But speaking to JoyNews, MP for Buem Kofi Adams said he will be forced to haul the EC boss before Parliament if the necessary steps are not taken to ensure proper representation for the electorates in the area.

He argued that the absence an MP in the area has piled pressure on him to attend to the needs of the constituents.

“This continuous delay by the EC is unfair to the people of Guan district, it is putting pressure on me as a member of Parliament for Buem who have to attend to some needs in that area. I love to engage and love to do some behind the scenes activities, I will continue to do that but if I get the indication that they don’t want to do the needful then I would have to find other means of bringing them to parliament to answer why for the continuous delay” He added.

Some residents from these areas sued the EC over their inability to vote.

The Guan District in the Oti Region was created following a Legislative Instrument laid in Parliament by the Ministry of Local Government and Rural Development in 2019.

The people of Lolobi and Akpafu have also petitioned the EC on the matter and is still awaiting a response.

DISCLAIMER: The Views, Comments, Opinions, Contributions and Statements made by Readers and Contributors on this platform do not necessarily represent the views or policy of Multimedia Group Limited.
Tags:
Buem MP
Guan constituency
Jean Mensa
Kofi Adams