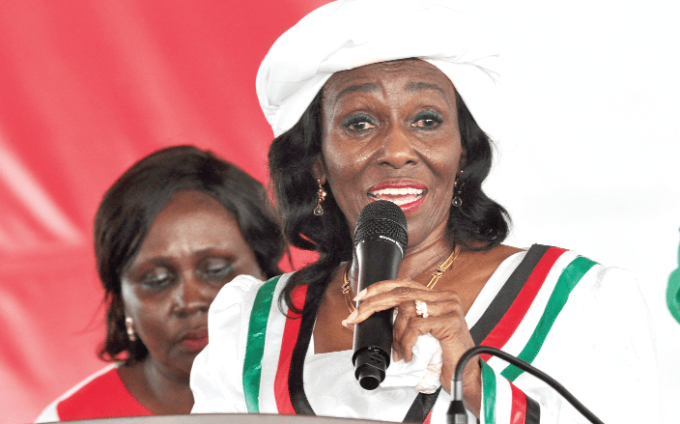 The National Democratic Party (NDP) has acclaimed Nana Konadu Agyeman-Rawlings as its flagbearer ahead of the 2020 elections.

This will be the third time, the former First Lady has been chosen by the party as its flagbearer.

In 2012, Mrs. Agyeman-Rawlings was disqualified from contesting the general elections by the Electoral Commission after failing to meet the requirements of the nomination documents.

She, however, succeeded in putting her name on the ballot paper in 2016, making it her second attempt, since the NDP was formed in October 2012.

At an event held in Accra on Saturday, September, 5, the Director of Elections for the Electoral Commission (EC), Dr. Serebour Quarcoo made the official announcement after due process.

Speaking to JoyNews, the General Secretary or the party, Alhaji Mohammed said, Mrs. Konadu Agyeman Rawlings emerged as the party’s choice out of three aspirants.