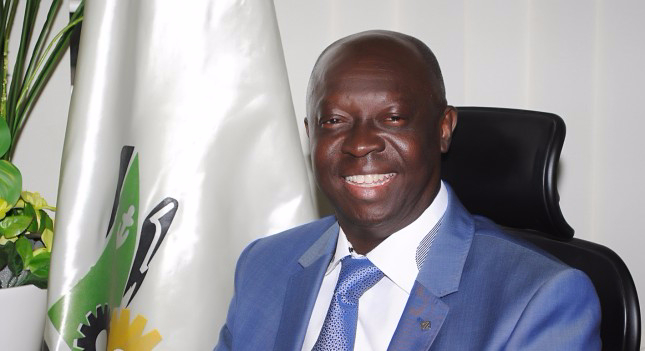 Kurt Okraku was elected into office in October 2019, ending over a year of normalisation.

Kwabena Yeboah speaking on Joy FM’s Joy Sports Link Saturday commended Kurt for how fast he put together the committees needed to run the association.

He also praised Kurt Okraku for getting the domestic leagues back underway despite the short notice.

“Let me start by commending Kurt Okraku, the new FA President for a wonderful job done so far. I have been extremely impressed with the way he has started,” he said.

“It’s not as though I did not expect too much from him but he’s really exceeded my expectations within the last few months. His ability to put together all the teams. A few question marks have been raised about some members on the committees but this is to be expected.”

“Generally, I have been impressed with the speed with which he put together the committees and to get the league running. Let’s not forget that we have come from a long way.

”Ghana football was on its knees and not a lot of people believed that we could restart and get people to come back to the stadiums. I think he’s done tremendously well in that last three months to get the league going.”

The ace sports broadcaster added that he hoped Kurt Okraku will not get carried away by his early achievements and work harder.

“I’m hoping that he would continue the way he started and not get complacent. It’s very tempting to get swollen-headed and get complacent along the way as you receive all the plaudits”.

DISCLAIMER: The Views, Comments, Opinions, Contributions and Statements made by Readers and Contributors on this platform do not necessarily represent the views or policy of Multimedia Group Limited.
Tags:
Kurt Okraku
Kwabena Yeboah