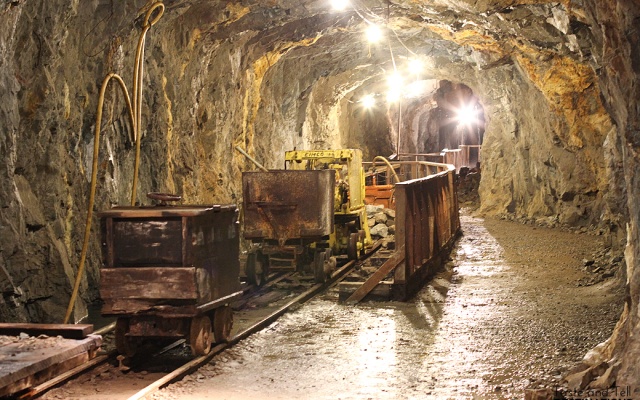 Mining deals and transactions particularly for multinational companies and the transfer or revamp of mine assets between companies are required to be well scrutinised and the hard questions asked to give assurance for prolonged life of mine operations, the sustainability of jobs and sustenance of impacted communities as well as the guarantee of revenue streams to government.

This was the case in the following transactions:

But Golden Star Bogoso Prestea Limited (GSBPL) recent sale to Future Global Resources (FGR), is raising more issues than expected which has pricked the interest local and international stakeholders. One of the key talking points is the lack of experience of FGR, which is barely a year old, in mining and extraction despite the claim that the executives do have the requisite experience and expertise.

In the sale agreement published on 30th September 2020 (Golden Star – Golden Star Completes Sale of the Bogoso-Prestea Gold Mine to Future Global Resources (gsr.com), GSBPL had been sold to FGR for staged payment arrangement of up to US$95 million.

Five months from the announcement of the sale, despite a couple of press engagements, there is no sustained public engagement from either side concerning capital investment in Bogoso Prestea gold mine unlike how similar deals by Newmont, Goldfields and AngloGold have unfolded. In addition to this, there is no declared payment that has been made by FGR in the sale agreement to GSR.

Per the terms of the agreement, it appears FGR has nothing to lose as no investment has been made so far. Rather, FGR gains in many ways in this arrangement through the payment of its executives and recruited foreign staff.

Following the sale and in their Q3, 2020 financial report, GSR indicated that the sale of Bogoso-Prestea gold mine removed some $53 million dollars of rehabilitation provision from their balance sheet.

But another thorny issue yet to be answered is whether the US$53 million rehabilitation liabilities could be borne by a new mining firm which is private and has not demonstrated any financial forte or investment in the business. Will the new owners be willing to address the handed over liabilities or there is a further  plan to this?

A further scrutiny of the agreement points to the fact that any unpaid liability reverts directly or indirectly to the nation and has to be borne by the government of the day. This shows that there is a high risk of losses (in excess of US$53 million) to the nation. It will be of great interest if probing and accountability investigations are carried out by the relevant government agencies to avert the usage of taxpayers’ monies to take care of the liabilities.

Government has 10% shareholding in the Mine as well as being the allodial owner of the gold mineral, and hence must be interested in the ‘Going Concern’ of FGR to operate the Bogoso-Prestea gold mine. Needful acts are required from the relevant agencies to protect and ensure the country benefits from the gold resource.

Ghana has been a hub of mining and actually can boast of a number of major mining giants operating in the country. Checks at Companies House, UK indicate that FGR, the new company taking ownership of GSBPL (with the largest concession in Ghana), was formed on December 30, 2019. FGR also indicates it is a subsidiary of Blue International Holdings and describes the Bogoso-Prestea mine as the “first asset within Blue’s mining portfolio [that] establishes the Group as the owner of Ghana’s largest mining concession”.

FGR, despite its boast as having qualified executives, is a novice in the mining industry because it has only operated projects in the energy sector for African governments.

A critical question that needs an urgent answer in this context is “was FGR formed for the intended purpose of the sale which was to occur within 10 months to offload the financial burden of $53million from the GSR’s balance sheet and to relieve GSR from any responsibilities associated with rehabilitation and capital injection required to revamp the Bogoso-Prestea Mine?

Readers may recall in a publication where La Mancha Group acquired majority shares in GSR (Wassa and Bogoso/Prestea Properties) when Wassa Mine was already making profit in 2018 (La Mancha announces the investment of US$125.7 million in Golden Star Resources and the creation of a strategic partnership). GSR in 18 months then offloaded the Bogoso/Prestea Mine to FGR to concentrate on the Wassa profits. There are more questions than answers.

Government agencies must conduct the due diligence with focus on ensuring the new company (FGR) delivers on extending the life of the mine, protect the environment and adequately sustain the communities that depend on the mine.

The sale deal between GSR and FGR would see the paying off a deferred reclamation bond of US$5million (against the US$53 million published) at the end of March 2021 while all other payments are staged ($10million and $15million payable to GSR on July 2021 and 2022 respectively).

Staggered payments are commonplace in every business transaction but the structure of this deal has the potential to allow FGR shift liabilities onto the government of Ghana if it is unable to sustain operations at the mine.

As a closing question, the sale required the approval of government as a 10% shareholder of GSR and this was publicized in an earlier press release on July 27, 2020 by Golden Star. We are however not familiar with any Parliamentary level effort that conducted due diligence and endorsement of the sale prior to government granting the approval.

In an industry like mining, critical decisions must be made according to the laws of Ghana by stakeholders. Politicians and lobbyists (representing businesses) bringing pressure on technocrats and government officials to inappropriately bend the rules or turn a blind eye altogether, has huge impacts on the mining industry at large, job security, communities, the environment, among others – this should be foremost on the minds of, and a caution to, all Government agencies and their representatives.

The writer of the article can be reached via capitaltalk69@yahoo.com

DISCLAIMER: The Views, Comments, Opinions, Contributions and Statements made by Readers and Contributors on this platform do not necessarily represent the views or policy of Multimedia Group Limited.
Tags:
Bogoso-Prestea Mine
Future Global Resources
Mining in Ghana