Small scale miners form only 25% of miners in Ghana – Association 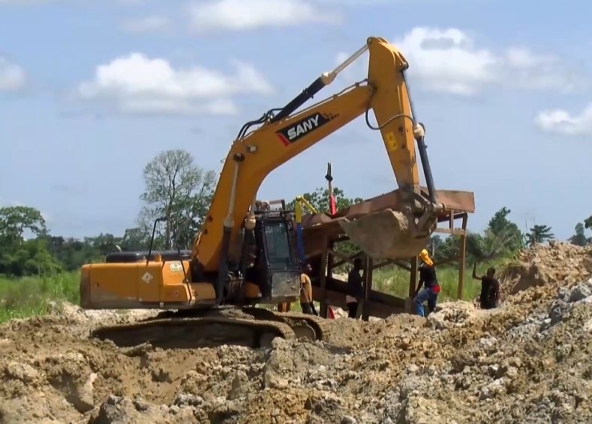 Director of Finance and Communication for the Ghana National Association of Small Scale Miners, Francis Opoku says small-scale miners only make up 25% of all miners in the country.

He said a chunk of the other miners are engaged in illegal mining activities, thus have not been licensed and are not members of the Association.

Speaking on JoyNews‘ Newsfile, Saturday, he said the Association is equally worried over the illegal mining activities in the country as they stand to lose in the end.

“Most licensed small-scale miners are equally concerned and worried when we see some of these pictures about the destruction of our water bodies and forests and the emerging dire consequences we face as a country. Honestly, we are even more worried because it is our work that is at stake…when it comes to small-scale mining, we are people who have gone through the process to acquire a license legitimately from the Minerals Commission and we are about only 25% in this sector,” he said.

Mr. Opoku debunked allegations that small-scale miners do not pay taxes and mine haphazardly.

“Small scale miners pay taxes through withholding tax and we all know that withholding tax is one of the tax regimes that are very effective….Small-scale mining licenses are site-specific so you cannot mine haphazardly and our operations are monitored. We have the coordinates guiding where we are supposed to mine and where we are not supposed to mine. I will not say everybody go strictly by that,” he added.

According to him, despite the excesses with small scale mining, there is the need for a cautious approach in addressing the challenges within the sector.

DISCLAIMER: The Views, Comments, Opinions, Contributions and Statements made by Readers and Contributors on this platform do not necessarily represent the views or policy of Multimedia Group Limited.
Tags:
Lands and Natural Resources Ministry
Mining in Ghana
small scale mining