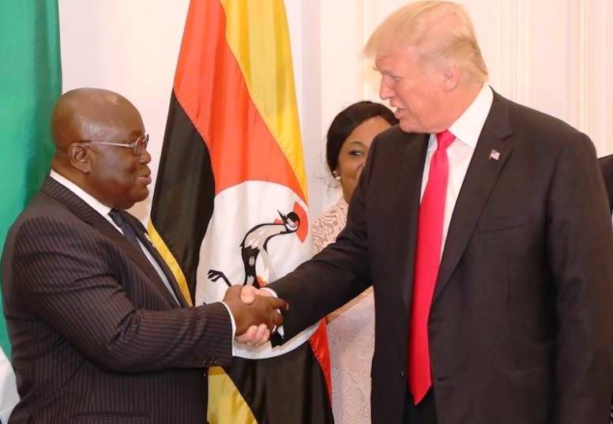 Our elders say, not every open eye is seeing and every closed eye is sleeping but our country has had a well-documented relationship with many donor countries and multilateral donor agencies since the 1960’s.

Suddenly, in his Independence Day speech on March 2017, Ghana’s first gentleman, Nana Akufo Addo beckoned his intent to pursue the vision of a country that is not dependent on aid.

This led to the commissioning of the Ghana Beyond Aid Committee to draw up the road map for achieving this objective.

Eventually, the committee presented the document which provided a roadmap to achieve the dream of building an economically independent country prosperous enough not depend on aids but rather be competitive enough to engage with the rest of the world through trade and investment.

Strategies on how the country’s resources can be harnessed effectively and efficiently for rapid economic and social transformation.

But have you ever considered the possible connection between President Nana Akufo Addo’s sudden ‘Ghana beyond aid’ slogan and the Trump administration’s African policy?

Many of the fastest growing economies in the world are in Sub Saharan Africa however the region has been less of a priority for the Trump administration.

Could it be that President Nana Akufo Addo’s Ghana beyond aid slogan was inspired by Mr. Trump’s total disregard for Africa? Aside from the numerous negative comments Mr. Trump launched on Africa, he has never considered it needful to travel here since he became President and many still doubt if he will ever visit this continent, assuming he is re-elected.

The United States have provided billions of dollars over the years to our continent, specifically through programs including the President’s Emergency Plan for AIDS Relief, which has saved millions of lives. One could be justified if the person described the United States as the single most important development partner of the African continent though others believe they have been partners for their own interest.

One camel does not make fun of the other camel’s hump but the animal with no hump can dance around in an attempt to prove its supremacy, a popular African proverb.  It seemed very clear that Africa just didn’t rank that high in the priorities of the Trump administration when compared to other regions.

It is interesting to know that in many African countries, the United States under the Trump administration is no longer the investor of choice. This has left a gap for India, Turkey, Russia and China most importantly. They have been committed to ramping up their diplomacy, trade and investment in Africa.

Today, a huge amount of the continent’s infrastructure is driven by Chinese companies. China is now building roads, ports and airports across the African continent, all of it in exchange for natural resources, political and economic influence.

Although many have welcomed China‘s cozy relations with Africa, claiming it as a ‘win-win’ situation, others have strongly cautioned against it, suggesting that Beijing is attempting to recolonize the Ghana which is hoping to be ‘beyond aid’.

About the author: Kwesi Atuahene is a freelance writer and an employment activist.

DISCLAIMER: The Views, Comments, Opinions, Contributions and Statements made by Readers and Contributors on this platform do not necessarily represent the views or policy of Multimedia Group Limited.
Tags:
Ghana Beyond Aid
Political Opinion
Trump African Policy