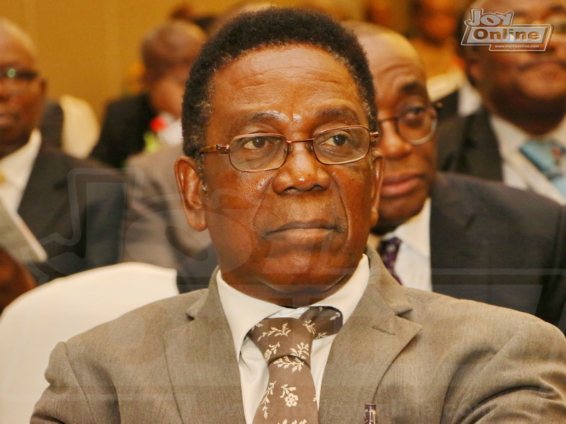 I simply do not know why hot things of this earth should decide to by-pass all other months, and collectively land in the month when I was born— October.

This is the month when a Ghanaian keeper of the British purse, Kwasi Kwarteng was kicked out just as a delegation from Ghana was on its way for a visa, to extend congratulations. Yet, at least, Kwasi’s story has entitled all Kwesi’s of this earth to collectively enrich our CVs with the credentials, ‘I am approximately Kwasi Kwarteng;’ and this could be good for visa purposes going to UK.

Also the month a young lady, Prime Minister Liz Truss, could not sustain the trust of Britain beyond October. Her tenure was the shortest in British history. In both cases, it may be said the  people of Britain greeted them with a welcome, and a goodbye at the same time.

And here comes an Indian, Prime Minister Rishi Sunak, in the same month publicly performing Hindu rituals in a temple to announce his First day at No 10 Downing Street. He forgot that No 10 was Anglican. And for all Britons who were probably puzzled or upset by the ritual,  may they be informed that Rishi’s rituals only meant, ‘God Save my new King Charles.’

The kitchen has indeed been too hot, and we could send a delegation probably led by Almighty Prophet Agradaa, to cross the Atlantic and pray for Britain.

As soon as she returns, Agradaa’s next task should be to pronounce a ceasefire in Parliament, and shame us all by simply filling Ghana’s empty treasury to overflowing, the way she enriched her huge congregation by prayer. That simple act should trigger the immediate return of our delegation sweating at IMF. It could change the fortunes of the cedi, and make Ofori Atta smile the first time in three months.

Also the month where cold sweat has led to a surfeit of tongue slips, and misspeaking by men in high places. But for the October heat, why would our Father at Jubilee himself commit a major tongue slip in Ashanti that would rile his large following, to say under their breath, ‘Opanin, watch your tongue ooo; this is not good for 2024, Yoo.’ In the olden days, the journalist reporting those executive tongue slips, would take to his heels and apologize from across the river. These days, big men who misspeak in public will see the video in the social media, and wisely revise their denial speeches. Occasionally though they deepen the lie by saying ‘it was a photoshop.’

The privilege of saying under oath, I was misquoted, is now gone.

But the biggest royal tongue slip in October, was from the banks of the Birim River, Kyebi. Did I hear the big chief himself, refer to the President’s critics as ‘villagers and witches?’ Ebei Nana! Oh No, You did not say that. Neither was that heard. Perish the thought! Nana’s linguist made matters worse by overstretching his role of refining the royal word. He flatly denied the public interpretation, and said the Chief’s word was directed at uncouth young boys.

Unfortunately, nobody believed the linguist. Video no lie.

Nana should just imagine his own outrage, if an outsider had referred to his great Abuakwa people in those words. That single statement debased all critics of the President as lacking civility in their rural ways, and cedes free speech exclusively to minority city dwellers. Nana, don’t forget, the President won his ticket by a huge vote from the uncouth ‘villagers and witches.’

The lowest award for misspeaking in October goes to a spokesman of Concerned Teachers, who referred to the President’s appointee for Director-General of GES, as a mere ‘Goro Boy,’ who will be rejected by Teachers because he is a misfit in the new position. No please, Awudu; as a teacher, spare our little ones a lesson on how to welcome your new boss with insults.

By that pronouncement, the Concerned Teachers may have on their hands, a Goro Boy Director General, whose ‘goro’ decisions will impact their collective welfare. That pronouncement coming from a union leader who has not swallowed his spittle so far, I dread the future welfare of his membership. Oh what an advocate!

Will someone please intervene and save our teachers, who need courteous speech and not insults, to fight their noble causes.

Oh what a Month which so depresses me, my Birthday Sunday 30th October, is in danger of melting in the heat.

It is indeed tempting to postpone my birthday from October to November, just in case the 11th month will coincide with a happier cedi note.

DISCLAIMER: The Views, Comments, Opinions, Contributions and Statements made by Readers and Contributors on this platform do not necessarily represent the views or policy of Multimedia Group Limited.
Tags:
October
Prof Kwesi Yankah