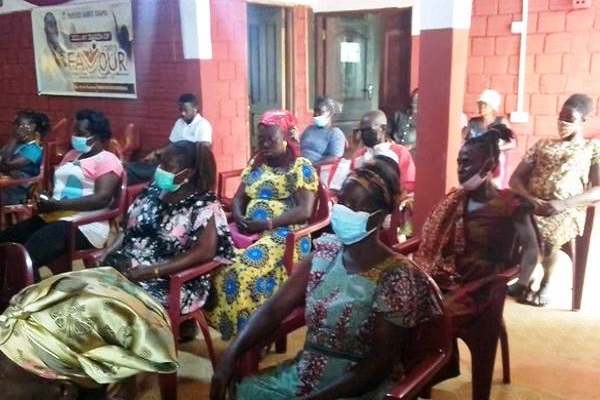 Participants at separate community forums on border security management at Awerempe and Ahenbronoso in Berekum Municipality of the Bono region have identified lack of modern equipment for work and logistical constraints as some of the main challenges encountered by security agencies in controlling movements across the country’s borders.

According to them, the challenges immigration officials encounter in controlling cross-border movement, result in their inability to maintain security, thus exposing the country to transnational security threats and crimes.

They have therefore recommended that government adequately resource the security agencies working along the country’s borders to enable them to discharge their mandate of effectively providing security.

The forums were organised to sensitise community members on border security issues under the Enhancing Citizens Participation in Border Security Management being implemented by CDD-Ghana.

The 24-month intervention which aims to improve the security awareness of citizens along and across border communities is being funded by the US Embassy.

Under the project, CDD-Ghana has recruited, trained and deployed “Local Champions” who are spearheading the community activities, including education and sensitization programs through community forums and radio discussions.

One of the objectives of the project is to enhance citizens’ involvement in community policing, and build a culture of information sharing across the borders among Ghanaian communities and their counterparts in neighboring countries.

Addressing the separate forums, the Berekum Municipal Crime Officer of the Ghana Police Service, Deputy Superintendent of Police (DSP) Moses Naa-Kolgo Agbegne, said border security management is not the sole responsibility of security agencies but rather a shared responsibility.

He said adopting preventive measures against the surging threat of terrorist attacks and violent extremism by enhancing citizens’ active participation in governance and security processes in their communities as being championed by CDD-Ghana is a step in the right direction.

The Crime Officer entreated the citizens to always share information with the police anytime they suspect any criminal activities in their communities.

A Local Champion, Simon Asore, noted that the response mechanisms instituted to address border security problems do not meet the modern required standards to ensure effective security, adding that “Ghana’s borders have become major transit points for human, firearm and drugs trafficking as identified in the categorization of cross border crimes in West Africa”.

He said inadequate institutional capacity to enforce the rule at the borders is one of the main challenges facing border security and lack of public knowledge on border security issues further compounds the situation.

According to him, Ghana, like many countries in Africa, has the daunting task of controlling its borders effectively.

Another local champion, Raphael Godlove Ahenu, said the issues that pose a threat to the security at the borders of Ghana are not different from those that pertains to her neighboring countries such as Burkina Faso and Mali.

He observed that, smuggling of illegal goods and natural resources is very rife across the borders, saying “this has resulted in huge loss of revenue to the state and stifling of local industries”.

DISCLAIMER: The Views, Comments, Opinions, Contributions and Statements made by Readers and Contributors on this platform do not necessarily represent the views or policy of Multimedia Group Limited.
Tags:
Border Security
CDD-Ghana
Immigration
Security agencies
US Embassy