Lapses in creative arts sector should be regulated – Jessy Agyepong 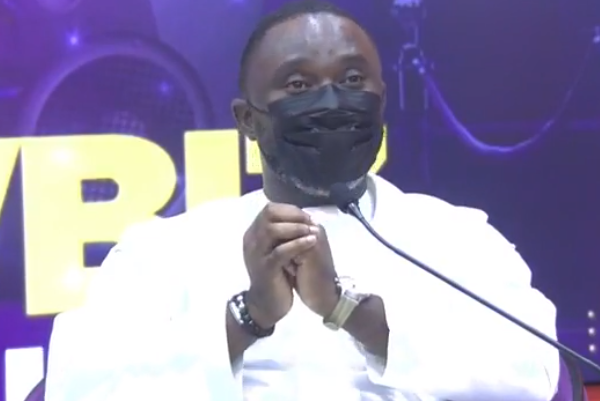 According to him, there is a level of discipline that is required in the industry.

“If the discipline doesn’t come through today, I don’t care what Mohammed Awal [Tourism Minister-designate] or whoever would do, the culture and discipline must change,” he said on Joy FM‘s Showbiz A to Z, Saturday.

Citing some issues in the industry, he said the National Christian Council should sit with Cecilia Marfo and deal with her from a spiritual perspective after she was said to have abused a fellow gospel singer.

Cecilia Marfo snatched a microphone from her fellow artist, Joyce Blessing ordering her to go back to her husband while the latter was performing on stage.

What started out as a thanksgiving service by patrons of the Unity Group of Companies turned sour when gospel musician and prophetess, Cecilia Marfo interrupted a ministration by Joyce Blessing.

The gospel artiste was ministering a song, when the prophetess out of nowhere, stormed the stage and seized her microphone.

She then ordered the band to keep quiet.

In a viral video sighted by JoyNews, the prophetess then started praying in ‘tongues’ and speaking in the Akan dialect.

According to Cecilia Marfo, Joyce Blessing’s decision to leave her husband does not please God, hence must be rectified in the shortest possible time.

“I’ve made you a queen so listen to me and go back to your husband. I’ve sent you already. Lady, go and take your husband, my spirit is using you,” Cecilia Marfo stated.

But sources say the management of Joyce Blessing has registered their displeasure over the humiliation meted out to their client and as such are demanding an apology from the management of the Unity Group of Companies.

This conduct by Cecilia Marfo follows a similar one meted out to gospel musician, Brother Sammy.

In 2017, the Kumasi-based musician was given several slaps by the prophetess during a concert at the Baba Yara Sports Stadium in Kumasi.

In a video, Cecilia Marfo who was allegedly prophesying to Brother Sammy forcefully tore his chain from his neck, gave him some slaps across the face, and warned him to desist from evil.

DISCLAIMER: The Views, Comments, Opinions, Contributions and Statements made by Readers and Contributors on this platform do not necessarily represent the views or policy of Multimedia Group Limited.
Tags:
Cecilia Marfo
Jesse Agyepong
Joyce Blessing