'Law School is not a privilege, it is a constitutional right' - Francis-Xavier Sosu responds to AG - MyJoyOnline.com

‘Law School is not a privilege, it is a constitutional right’ – Francis-Xavier Sosu responds to AG 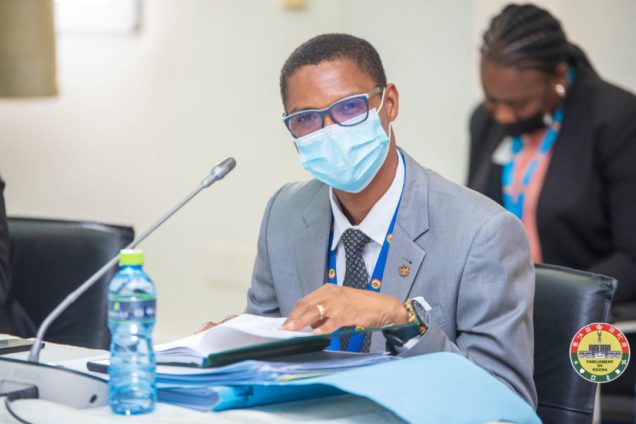 Deputy Ranking Member on the Constitutional, Legal and Parliamentary Affairs Committee, Francis-Xavier Sosu has hit back at the Attorney General, saying that the State is obligated to ensure that all Ghanaians have access to education.

In a Twitter post, the Madina MP said admission to the “law school is not a privilege.

“Articles 37 and 38 of our Constitution requires the State to provide adequate educational facilities to guarantee equal access and opportunities to “life long education” without limits,” Mr. Sosu stressed.

The Attorney General, Godfred Dame, speaking at the induction ceremony of new executives of the Ghana Bar Association (GBA) earlier this week, said that the practice of law is a privilege and not a right.

“Mr. President and new executives, you owe a duty to drive home the point that the practice of law is not a right, it is a privilege. Along with it comes a moral obligation and a legal duty to uphold the dignity of the profession to ensure that the privileged call to the bar is not abused through unprincipled and disreputable conduct,” he said.

Godfred Dame’s statement comes in the midst of a standoff between Parliament and the General Legal Council.

Parliament, through a resolution, directed the General Legal Council to admit 499 candidates who were unsuccessful in their attempt to enroll in the Ghana School of Law.

Parliament further directed the Attorney General to ensure that the resolution is respected.

But Godfred Yeboah Dame, in a letter addressed to the Speaker argued that Parliament cannot use a Resolution to make such directions.

Several opinions have been shared regarding the legitimacy of Parliament’s directive.

A former Ranking Member of Parliament’s Constitutional and Legal Affairs Committee, Inusah Fuseini has criticized the House for their approach to the matter.

Speaking to Ernest Manu on Joy FM’s Top Story on Monday, the former Tamale Central MP said that Parliament’s approach does not deal with the core of the matter.

“Clearly, we need facilities to be expanded in such a way that will make the opportunity of enrolling to the Ghana School of Law available to a greater number of students,” he said.

Meanwhile, Kwaku Ansa-Asare, a former Director of the Ghana School of Law has advised the unsuccessful candidates to rather focus on preparing adequately for the examination at another time, instead of appealing for public sympathy.

He said he was also taken aback by Parliament’s decision and reminded the MPs that the General Legal Council “is the only statutory body responsible for any administration of legal education in Ghana.

The aggrieved candidates have filed a suit against the General Legal Council (GLC) and the Attorney General.