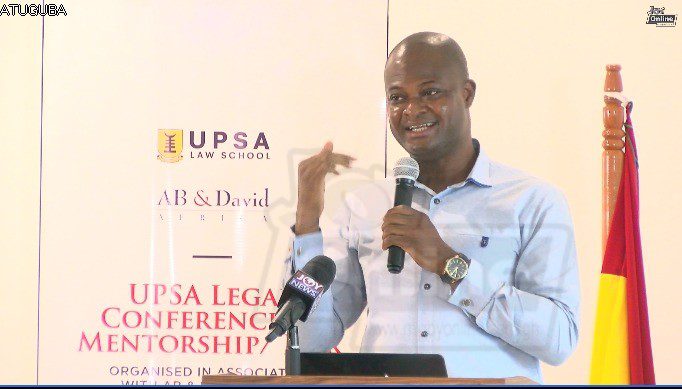 Dean of the University of Ghana Law School Prof Raymond Atuguba says he thinks the proposed Legal Professions Bill was drafted without legal education in mind.

The Bill drafted by the Attorney-General has already been with intense public criticisms from students of law, legal analysts and trainers.

Amongst the major issue of concern is a proposal to introduce interviews as part of the requirements for one to gain admission into the Ghana School of Law.

Admission into the professional law school programme remains a thorny issue with thousands failing to gain admission each year.

Speaking at the UPSA legal conference and mentorship fair on the theme “Law practice in a modern and uncertain era’, Prof Atuguba revealed a group comprising of Deans of various law faculties had been tasked to make proposals for reforming legal education.

“Our dear students, please rest assured that as your teachers, we will not sleep until the challenges we face… are resolved to the best of our abilities.

“In December this year and in March 2022, the conference will present concrete proposals to the Chief Justice and the Attorney General and the President of the Republic….

“The first is on the Legal Profession Bill, as we know there is a legal profession bill, being processed now and it contains a number of issues….

He insists the only way to gain admission on merit is for students to study hard and meet the requirements as set out by authorities.