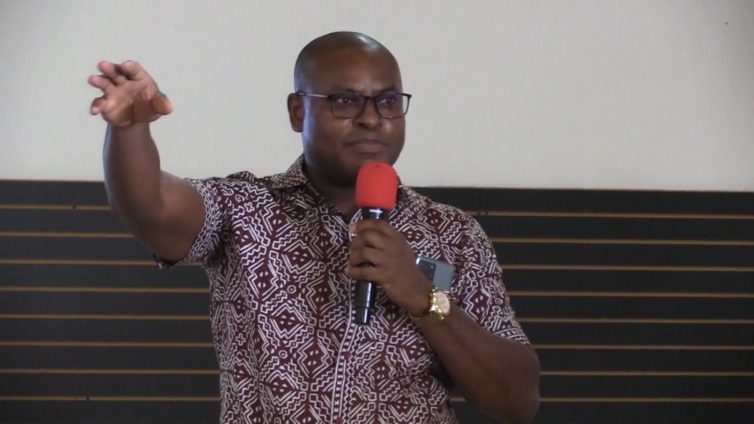 Deputy Director of Research at the Presidency, Richard Ahiagbah has urged New Patriotic Party (NPP) supporters in the Volta Region to unite and ensure they become a force to reckon with in the party.

Mr Richard Ahiagbah said this when he was addressing party communicators in Ho over the weekend.

A team led by NPP General Secretary, John Boadu has been embarking on a regional tour geared towards training and strengthening party communicators to effectively communicate government policies and programs as well as generate consensus building within the masses.

Reacting to concerns of perceived marginalization of Voltarians holding influential positions in the party and government, Richard Ahiagbah said strife and acrimony remains a major set back and therefore ” if you find that there is no upspring of people from the Volta region in the affairs of the NPP, then unite at the region, work together.”

“That’s how you become relevant but when you fight amongst yourselves, the leadership of the party cannot trust who is the person to give anything”.

He contended that the seeming perception appears wrongly directed and ought to be properly placed.

“If it is a perception, it is not the party. It is how you organise yourself, how you engage the party. That is how we will be able to be competitive”.

According to Mr Ahiagbah, it is a competitive world; one not skewed or biased against anybody hence urged the women in the party to put themselves up.

He reiterated the importance of party communicators to be abreast with information by using available channels such as the Ghana Statistical Service and Bank of Ghana websites among others.

He said this will help them put their opponents on the defensive all the time.

On his part, Director of Communications for the NPP, Yaw Buaben Asamoa urged party communicators to continue working hard as they are key players in the party’s agenda to break the eight.