LGBTQ+ activities an attack on our culture; we’re not ready to accept it – Ayikoi Otoo 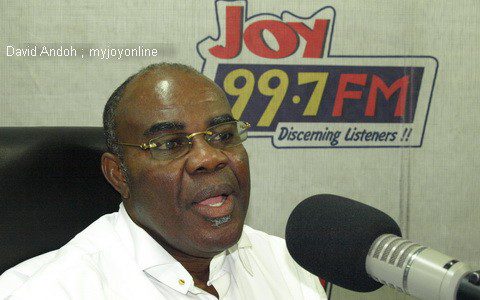 Former Attorney General under the Kufuor administration, Nii Ayikoi Otoo believes that Ghanaians who are opposing the controversial anti-LGBTQ bill will have a change of mind when they fully understand its objective.

The lawyer believes the Bill, sponsored by some Members of Parliament, is necessary for increasing advocacy for LGBT rights in the country.

He says that an in-depth understanding of LGBTQ+ activities will bring to the fore more critical issues that need to be addressed within Ghana’s cultural setup.

The former Ambassador to Canada insists that Ghana is not ready to accept LGBT+ activities.

“The issue for me is what does the memorandum say? What is this law targeted at? It seems to me that after studying the memorandum closely that one begins to understand where the sponsors are coming from. Some people are looking at this bill as something against homosexuality or gayism but if you look at the term used, these, to me, go beyond goes beyond having sex,” he said in an interview on GTV.

“When you go into the LGBTQ things, you begin to see that the problem is more serious than this whole idea of sexual orientation. Haven’t we gone beyond the ordinary homosexual things and now talking about transgender? Are we ready for it? Is that our Ghanaian culture? That is where we should start,” he added.

Mr. Ayikoi Otoo also described as problematic, arguments that LGBT+ activities were an expression of their fundamental human rights.

Whilst saying that human rights provisions were not absolute, he warned that people could be practising lawlessness in the name of exercising their fundamental human rights.

“Those rights are quite problematic…in all these things, there must be some limitations that is why they keep telling you that those rights are not absolute,” he said.

The Promotion of Proper Human Sexual Rights and Ghanaian Family Values Bill 2021 will see people of the same sex who engage in sexual activity risk being fined or serving a jail term between three to five years.

DISCLAIMER: The Views, Comments, Opinions, Contributions and Statements made by Readers and Contributors on this platform do not necessarily represent the views or policy of Multimedia Group Limited.
Tags:
Anti-LGBTQ+ bill
Ayikoi Otoo
Culture
Promotion of Proper Human Sexual Rights and Ghanaian Family Values Bill 2021