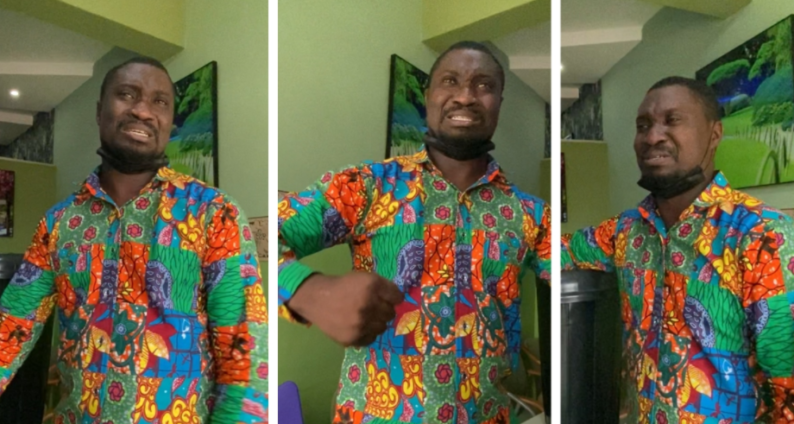 The Allied Health Professions Council has said the self-styled physiotherapist “Dr Jonathan Ohene Nkunim, who has been arrested for using his facility as bait to sexually assault scores of women, has committed a number of offences.”

In a statement signed by the Registrar of the Council, Dr Samuel Yaw Opoku, the council said Jonathan Nkunim violated section 21 of the Health Professions Regulatory Bodies  (HPRB) Act, 2013 (act 857).

The Council stressed that the practices of Jonathan Ohene Nkunim run contrary to their laid down rules.

Section 21 of Act 857 states the offences that are associated with Allied Health Professions. According to the Act, a person commits an offence if they:

The Allied Health Professions Council said it “is collaborating with the law enforcement agencies to take the appropriate actions permissible under the law against “Dr” Jonathan Ohene Nkunim.”

In an investigation that lasted over a year, The Fourth Estate spoke to women who had been sexually assaulted at Ohene Nkunim’s Nature’s Hand Therapeutic Centre.

“Dr” Jonathan Ohene Nkunim’s victims included a couple who had gone to Nature’s Hand Therapeutic Centre, Gbawe, Accra in 2018 to seek his help to be able to conceive. He ended up sleeping with the woman. Feeling guilty about the affair, she confessed to her husband and that was how the seven-year-old marriage ended.

A young woman was on the verge of suicide because the heart-wrenching pain from her spinal cord convinced her that ending her life was a better option. Someone offered her a lifeline, Jonathan Ohene Nkunim’s hotline.

Ohene Nkunim raped her the first day she entered the facility in pain and lay on the massage bed.

He left incriminating evidence in his WhatsApp conversation with her after the ordeal. He admitted he did not seek her permission before having sex with her.

Nkunim claimed the procedure he wanted to perform required sexual arousal. He said he should have “sensitised” her before proceeding.  Nkunim then apologised profusely. But he did not stop.

The next time she visited, he had sex with her. It happened until she left for another facility to continue the treatment.

He was arrested following The Fourth Estates publication.

On the day of his arrest, Nkunim said three months earlier, he had taken steps to deal with his sexual desires and was now in control.

The Fourth Estate’s sources at the police say he did not deny the allegations leveled against him when the police interrogated him. When he was asked how many women he had violated, he reportedly said he had lost count.

On Tuesday, September 28, 2021, Jonathan Ohene Nkunim was charged with rape when he made his first appearance in court.

He was denied bail and is due to reappear at the Kaneshie District Court, near the Ministry of Information, on October 12, 2021.

DISCLAIMER: The Views, Comments, Opinions, Contributions and Statements made by Readers and Contributors on this platform do not necessarily represent the views or policy of Multimedia Group Limited.
Tags:
Allied Health Profession Council (AHPC)
Jonathan Ohene Nkunim
The Licensed Sex Predator