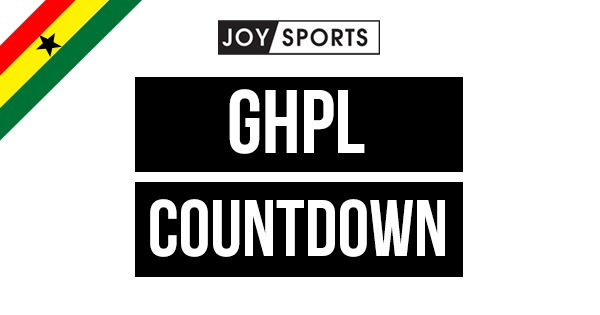 The new league season for 2019/20 is expected to kick off on December 28. This blog will update you on the latest from around the Premier League clubs and other related information.

6:49 am – The wait is over, Kumasi Asante Kotoko have announced the appointment of Maxwell Konadu as the head coach of the Porcupine Warriors.  His reappointment was confirmed on Monday, signing a two-year contract with the club. The 45-year-old coach will be assisted by former Karela United manager Johnson Smith.

7:12 am – The newly appointed gaffer has expressed his delight joining the club but called for patience, “I am back and can say that I am very delighted with the development. I thank the management and the supporters for the confidence shown in me. I will do my best but will ask that the supporters exercise patience as I try to improve the team”, Maxwell Konadu told Kotoko Express App.

7:30 am – Maxwell Konadu has been tasked to guide Asante Kotoko to the Ghana Premier League title season.

7:56 am – Sports Journalist, Bright Kankam Boadu of Nhyira FM in Kumasi tells JoySports the expectation of the Kotoko fraternity on the appointment of head coach Maxwell Konadu. “The expectation is always high regardless of the team they have, regardless of who is in charge. The Kotoko fans are always expecting that they will be winning the league, they will be doing well in Africa even though, they haven’t been doing well in Africa of late. For Maxwell Konadu, he is very much liked by the fans because what he did in the 2011/12 season so they will be hoping that they win the league”

9:00am – Sam Adams has completed his move to Asante Kotoko as a free agent ahead of the 2019/20 season.  The Porcupine Warriors could soon announce the acquisition of the experienced midfielder in the coming days.

11:23am – Asante Kotoko assistant coach Johnson Smith is expected to take charge of his side’s replay of the President Cup against Hearts of Oak which will come off on Sunday, December 15. Newly-appointed coach Maxwell Konadu will not be on the bench on the day as he has been given time to prepare before he officially takes over.
11:30 am – Asante Kotoko forward Augustine Okrah expressed his ecstasy following the appointment of Maxwell Konadu as head coach of the club.
2:15 pm – Berekum Chelsea have won the Ghana Premier League once and are already planning to have a better campaign next season. In doing so, they have announced the signing of teenager Kwesi Sefah Biney from division one club Wamanafo Mighty Royals on a 3-year permanent deal.

2:36 pm – Also,Ibrahim Danlad has also joined the Blues on a season-long loan deal after extending his contract with Asante Kotoko by four more years. The Under-20 safest-pair-of-hands has agreed a deal in principle to switch camp to Berekum Chelsea till the end of the season.

READ MORE: Kotoko goalkeeper Danlad Ibrahim joins Berekum Chelsea on loan
3:00 pm – Former Accra Hearts of Oak and Horoya AC forward Patrick Razak has emerged as a shock target for Asante Kotoko new coach Maxwell Konadu as he seeks to augment his squad before the commencement of the new league season. The newly-appointed coach also eyes Ashantigold SC midfielder Latif Anabila according to reports.
3:30 pm –The Ghana Football Association (GFA) will hold an Ordinary Congress on Thursday 19th December 2019 at Ghanaman Soccer Centre of Excellence, Prampram according to the website of the football governing body. This will be the maiden congress under the leadership of Kurt Okraku.

The agenda for the ordinary Congress includes:

4:30 pm – Elsewhere, the National Chapters Committee (NCC) of Hearts of Oak have decided to boycott the upcoming President’s Cup match against archrivals Asante Kotoko, following the usage unsavoury language by club CEO Frederick Moore during a meeting on Monday. The NCC have also officially petitioned the board to take the appropriate action against Moore and called for his immediate resignation

Spokesperson of the NCC, Kobby Jones, who spoke to Kumasi-based Fox FM. “If, as supporters leaders, we have come to meet with you, no matter the situation, the choice of words must be of decorum. He used some words like we are uncultured, we are uncivilized, we are rude,” he said.