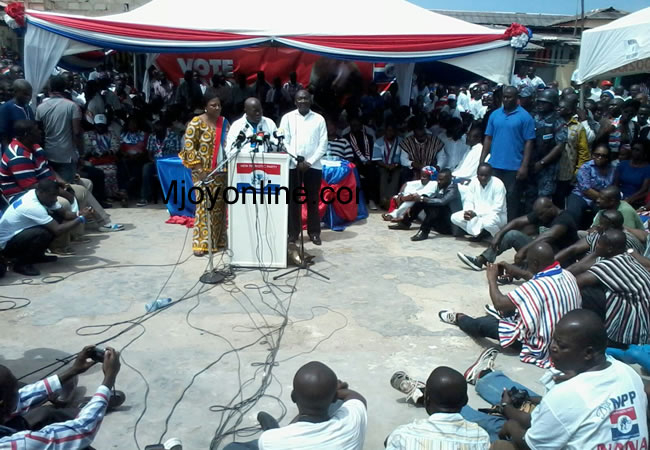 The death of Upper East regional chairman Nana Akufo Addo and matters arising have been horrendous.

A sense of despair felt by many has been demonstrated in many ways.

I have been listening to many people to do what is in the best interest of the party.

Cease fire the finger-pointing, the insults, the lies, the denigrating of party leaders must stop.

Kufuor remains an icon whose record must be jealously guarded. Party could be providing fertile soil for the opposition.

He says a certain outburst out of the tragedy is understandable. But it is enough Party structures should take over.

We have an election to fight and win.

We dare not jeopardise the party's chance in 2016 by engaging in fruitless fight. Let's us win 2016 elections for Adams Mahama.

Law enforcement agencies should not be influenced in anyway. We intend to hold President Mahama to his promise to ensure justice in the death of the late NPP chairman.

Must have access to their offices in the party headquarters. He says the NPP way of doing things is by law and order. I will not tolerate chaos in the party.

We must embrace the initiative of the NPP Womens’ organizer who is initiating a week of fasting and prayers.

The NPP is not the first party to face crisis and not the last to come out of this stronger.

He says supporters must remain focused on 2016 general elections to rescue Ghanaians who have seen their hardwork destroyed by an incompetent government.

Let us stand together in the cause of the NPP and make it happen for mother Ghana.