Liverpool won’t sign Gerrard to get him Premier League medal 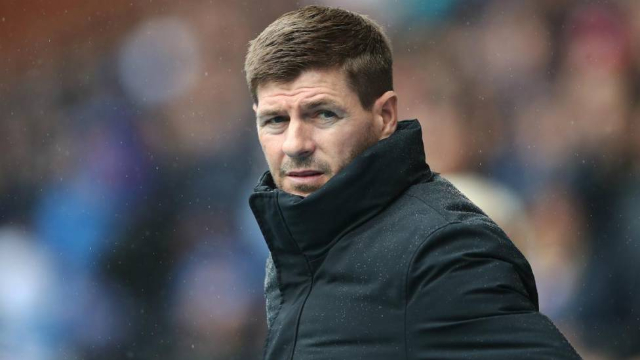 Liverpool will not be exploring the option of bringing Steven Gerrard back to the club so that he can claim a Premier League winners’ medal, says the club’s chief executive Peter Moore.

Many supporters at Anfield have called for a legendary figure to be re-signed so that he can claim the prize which eluded him throughout a distinguished playing career.

Gerrard came close to tasting domestic glory while on Merseyside, but suffered a collection of agonising near misses.

He is now three years into retirement and the current manager of Scottish giants Rangers.

Moore admits that would present a sizeable obstacle in any discussions over a return to Liverpool, while a current member of Jurgen Klopp’s squad would also be asked to step aside.

With all of that taken into account, there is considered to be no chance of Gerrard making an emotional return to his roots at the age of 39.

Moore told Soccer Laduma: “Let me explain what would have to happen.

“So the question is, ‘can we bring Steven Gerrard back to get a Premier League medal?’ and the question I ask you is: which player do you want to cut from the squad to make that happen?

“If you haven’t noticed, he’s the employee of a different football club at the same time as well.

“Look, we all love Stevie G and we’re all very proud of him for his managerial career, but I keep seeing this ‘bring him in on a five-day contract so he can win a medal’ [but] it just doesn’t happen that way.

“Chemistry in a dressing room is important. Can you imagine that? That you have to cut a player, to say ‘you’re not going to get a medal’?

“It’s not like they’re handing these things out to everybody, you’ve got a squad, right? And thirdly, you can’t add a player to a squad once it’s locked. Other than that, it’s really possible.”

Those at Liverpool are determined to keep focus locked on the present and future, rather than nostalgic glances to the past.

A record-breaking campaign is currently being taken in, with Klopp proving to be the perfect ringmaster in a stunning 2019-20 production.

Moore said of the German tactician: “I think what you see what Jurgen Klopp on the television – a lot of managers, what they are like in front of the cameras or when they’re being interviewed, they’re different than in real life.

“Well, that’s not the case with Jurgen Klopp. The situation with Jurgen is that you’ve got a German manager that has all the Germanic tendencies of detail, of focus, of looking at the opposition in an incredibly analytical way.”