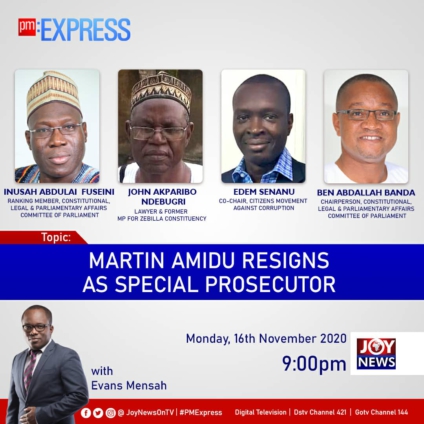 News of Mr Martin Amidu’s resignation as Ghana’s first Special Prosecutor has generated mixed reactions amongst the general public, with divided opinions about the future of the country’s fight against corruption.

Tonight on PM Express, Evans Mensah will probe further into Mr Amidu’s decision and its impact on Ghana’s fight against corruption going forward.

The programme promises to be enlightening and informative. It will also be livestreamed on all of JoyNews’ social media handles.