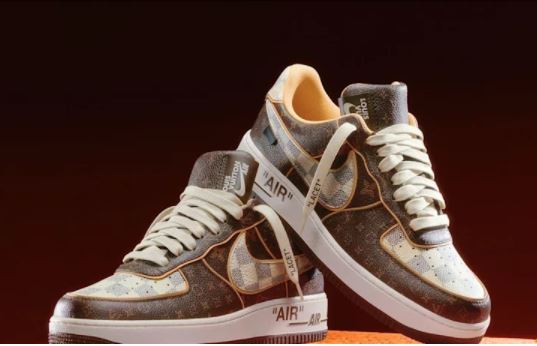 Abloh, who passed away on Nov. 28, 2021, was an industry disruptor who not only changed the fashion landscape with his tongue-in-cheek designs but mentored upcoming Black creatives and fostered Black fashion students with several scholarship programs.

And his legacy continues. In association with Abloh’s family, Louis Vuitton is collaborating with Sotheby’s to auction 200 special-edition pairs of Louis Vuitton and Nike “Air Force 1” by Virgil Abloh sneakers with Louis Vuitton pilot cases.

Proceeds will benefit The Virgil Abloh™ “Post-Modern” Scholarship Fund, which, in partnership with the Fashion Scholarship Fund, supports the education of academically promising students of Black, African-American, or African descent.

The “Post-Modern” Scholarship Fund first launched in July 2020 with a $1 million donation by Abloh and partners Evian, Farfetch, Louis Vuitton, New Guards Group, and Nike, in the wake of the murder of George Floyd.

Recipients of the scholarships are selected each year from FSF’s network of over 66 colleges and universities across the country, including eight HBCUs, through the annual FSF Scholarship Competition.

This is the very first drop of the Louis Vuitton and Nike “Air Force 1,” which debuted during Abloh’s spring-summer 2022 runway show. With a starting bid of $2,000, the sneakers will be available in sizes 5 through 18, and are made of contrasting leathers in Louis Vuitton’s iconic Monogram and Damier patterns.

Each pair is sold with a Louis Vuitton pilot case that also appeared on the very same runway. The launch also marks a celebration of the Air Force 1’s 40th anniversary. What would be a better birthday present than this triple-hyphen collaboration?

In addition to the auction, Louis Vuitton will be exhibiting the 47 original runway sneakers in stores across the globe. More colorways will also be offered at select Louis Vuitton stores, priced similarly to the starting bid of the limited-edition pairs. But if money is no object and you’re a fan of fashion that gives back, place your bids from Jan. 26 to Feb. 8 on sothebys.com.