Magnus Naabe RexDanquah: No person, party, group have the right to mortgage a nation’s future and shared destinies 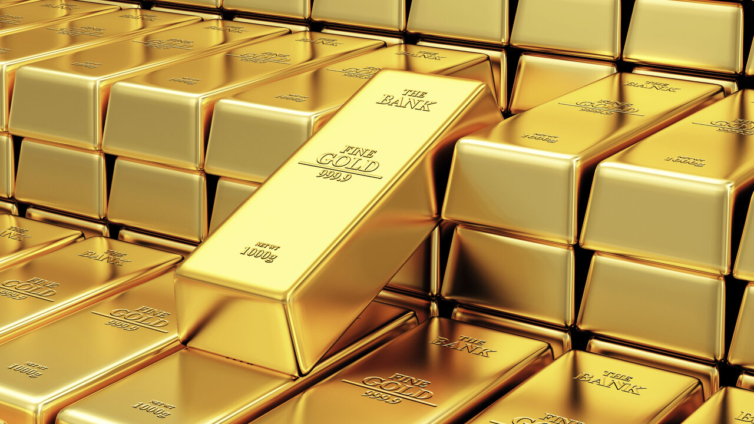 The great I AM THAT I AM had very great reasons to change our life spans from the days of Jared, Noah and Methuselah when they lived past hundreds of years to our current dispensation of 70 years.

Jared was, technically, a forefather of Noah and his three sons, especially as his age was given as 962 years old when he died, making him the second-oldest person mentioned in the Hebrew Bible and the Septuagint. Noah lived past 950 years, whilst Methuselah, a direct descendant of Seth, the third born son of Adam and Eve lived to the ripe age of 969 years.

If any of these men were leading modern-day nations, they could be granted the room to secure loans with repayment terms spreading over even 100 years, because they will still be around to ensure repayments.

What worries me now and I believe it will still require Constitutional Reforms to curtail it, for sure, is that no government should be required to borrow against longer terms that will mortgage the future of our children and children’s children into BONDAGE, to see them shipped out to other continents and lands as slaves because they were unable to pay LOANS contracted by their forebearers unless the project will be self-sustaining over time. Otherwise, such an act will be ‘criminal’.

Furthermore, for our nation to abide by a set of financial arrangements that seek to enslave the future on default, especially where those who actioned those acts would be by then gone out of the office or possibly dead, will not be the best for the nation.

Even worse still is that the youth of the future would have to then bear the brunt of the SINS & MISTAKES of their past leaders: this obviously would be ‘abominable’, considering that this is for the collateralisations that those before them had utilized without accounting, such as the Covid-19 financial supports or the Chinese Loans-for-Bauxite deals, and now denied the benefits therefrom.

This collateralisation of future royalties of our minerals and all resources are definitely simply put, ‘ANTI-YOUTH’.

We definitely need legal reforms by Parliament in this whole business of collateralisation for several reasons because once they are affected, succeeding governments will not have the option to leverage the same resources for their own development agenda for the stated number of years under the scheme or choose not to honour any attached obligations.

One, then, begins to wonder whether it is not a planned act of crippling successive governments to fail or a form of re-engineering a new regime of enslavement of a people and a nation by their own kind, another kind of ‘neocolonialism’, except that here it is a previous administration subjugating its own people through the denied use of resources, which should have been available for a current team to use for its own agenda?

To my mind, if this form of collateralization becomes a policy, whereby a strong past administration devises a continued political and economic hegemony over the people and nation, even when out of office, through this denial of access to natural resources because they have been collateralized, then we are on the way to destruction.

Too many issues seem to be rising in recent times leading to the exit of the current administration by 2024, which calls for serious re-appraisal of their true intents by the ordinary Ghanaian.

One such matter is FOREIGNERS securing the right to purchase Freehold Titles to arable lands in the hinterland or participating in the dreaded ‘Galamsey’ practices. It is my considered opinion that even where these foreigners are offered Leasehold Titles, they should be restricted to fixed terms not exceeding 20 year terms and obviously renewable with a caveat that the review is subject to stated conditionalities.

Quite a number of us are worried about a growing menace of foreigners purchasing large tracts of arable lands from chiefs, lands that these chiefs have sworn to hold them in trust, especially for generations of our people yet unborn. These, in some instances, are a clear betrayal of the oaths they swore on the eve of their respective outdoorings.

It is funny when one travels through the hinterlands to see hoardings advertising the availability of lands in Ghana now made out not only in English but also in Chinese language: can you fathom that in China? Why should our leaders cut their noses to spite not only their faces but to include ours too, the innocent bystanders?

A number of our citizenry are worried about how the people we vote into office as governments to represent us and govern, most times, pursue actions, which turn out to be inimical to our long-term interests as a nation and thereby, virtually mortgage our futures to servitude.

What is our crime? That, we voted ‘them’ in trust to protect our interests and govern us?

We recognize that governance is one long continuum, that each government of a certain time builds unto that of the past as well as laying the foundation for the next to continue: if this is accepted then what right does any government have not to complete projects of past or outgoing governments, especially where both funds used and to be used belong to us all, including the loans they contract to be redeemed or retired by same, us, the people through taxes. Don’t forget same taxes pay for their emoluments and every comfort of life.

Sad reflection on our maturity as a nation and as a people and how far we have come with the Fourth Republican Dispensation.

Much as we accept that with every governance, there is continuity of life and service, there ought to be a caveat and certain conditionalities set on some of the actions of any government that none shall mortgage our collective destinies into servitude; and what is not acceptable is how governments handle issues concerning our mineral resources.

Where art thou, General Kutu Acheampong? Whence cometh another with the courage and wisdom to initiate action for us to take back all rights to our resources, only for another dispensation to come and give it all back for a knighthood by the Queen of another country or for the mining of bauxite in a ‘forbidden’ forest, that we have collectively sworn never to degrade it for the consequences therefrom? Are we really free as a sovereign nation, state and people?

But even more serious is the fact that no government should be permitted to stretch any payment terms beyond 12 years, be them, bonds or commercial loans or any collateralisation; whilst for each project, the loan or bond to be contracted should have a sustainability plan with it detailing how the facility will be retired, otherwise Parliament is encumbered not to approve it as by law. This, ought to be part of any Constitutional Reforms.

It is for good reason that tenure of office of any government has been pegged at four years and each administration is limited to two terms of office of eight years and no more. However, we still need to be very diligent as a people so we don’t allow any group of people voted into office to take us for granted.

We ought to know that if we don’t fight these rising attempts at the enslavement of a people by their elected governments, then we will be heading for something, the consequences of which will damn this nation, Ghana for years and centuries to come.

Better still, how will we account for our stewardship when we are finally called ‘home’ as to why we didn’t fight to resist the new “oppressors’ rule”?

A Change Is Gonna Come, sooner than later, that will frown on all bystanders, no matter their calling or creed: need I say more?