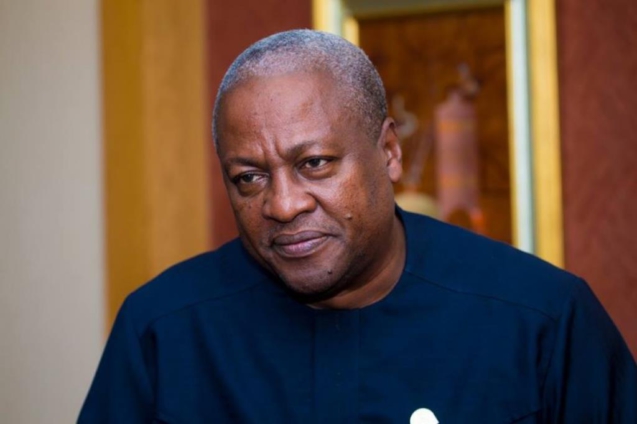 Former Director of Research for the National Democratic Congress (NDC), Professor Kwamena Ahwoi has revealed what to him was the biggest mistake John Mahama made during his tenure as President.

According to the Local government expert, John Mahama worked closely with a number of people who were not core members of his political party.

He explained that this caused frictions in the implementation of the party’s agenda while in government.

This left some government policies unachieved and unimplemented while he was in office.

“I think that the biggest mistake he made at the beginning of his Presidency was to surround himself with people who were not core NDC members. His Special Advisor, Secretary, Secretary to the Cabinet and so many of them were not.”

“There was a divorce between the government and the party therefore it was not easy for the party’s program to be implemented. To a large extent it was the programme of the bureaucracy that was being implemented,” he stated.

However, he noted that the former president realised the mistake later in his tenure and effected changes.

“Halfway through, he realised the problem and changed course. That is why he brought in Julius Debrah as his Chief of Staff,” the Professor explained.

Speaking in an exclusive interview host of Joy FM’s Super Morning Show, Kojo Yankson, he stated that Mahama had learnt his lesson while in opposition.

He is certain that when John Mahama is given the mandate to govern the country, he will use the lessons from his previous government to perfect his administration.

In 2005, he resigned as Director of Research for the NDC.

Prof Ahwoi is yet to launch a book titled, “Working with Rawlings” which details his experience while working with the Former President Jerry John Rawlings.