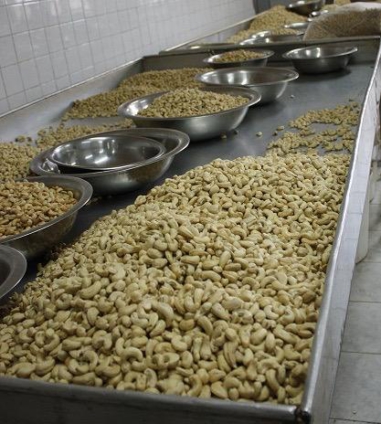 According to them, the industry in Africa has a responsibility towards improving lives, human development and promoting sustainable production and consumption.

The African Cashew industry, they believed, can position itself and build a solid reputation in CSR which can go a long way to increase their global competitiveness.

Speaking at a virtual Cashew Technical Series organized by the African Cashew Alliance (ACA), Wim, who is an Agribusiness Developer and a specialist in cashew processing and value chain management, highlighted the need for African processors to be more practical and effective in developing cordial relationships with members of the communities they find themselves.

African Processors, he said, need to prioritize the wellbeing of people by engaging in philanthropic activities that support and improve the livelihoods of indigenes.

Beyond philanthropic activities, he emphasized respect for human rights, adhering to internationally acceptable labour practices including paying the right wages, supply chain responsibility and food safety and most importantly, sustainable processing as important elements of CSR.

Doing this, according to him, however, requires proper planning and strategic execution.

“Cashew factories need to precheck, plan, properly execute their plans and put in place strategic measures to communicate CSR activities. This will not only improve on the lives of people but increase consumer interest in their products and turn increase profitability”, he said.

“CSR also includes paying the right wages and making the welfare of factory workers paramount. This increases productivity as well”, he explained.

On his part, Shakti encouraged cashew processors, irrespective of their scale of processing, to endeavour to commit some resources into CSR, especially in protecting their respective communities.

The African Cashew industry is considered by cashew market experts as the most promising of the global cashew industry. Raw cashew nuts (RCN) production in Africa, according to the ACA, is estimated at around 2.1 million tonnes, representing about 57% of global production.

Despite seeing some significant increase in the number of cashew factories to nearly 50, about three times more than the number a decade ago, local processing of the product remains very low, with only between 10% to 15% of production processed locally.

The ACA attributes this to the fact that most of these processing plants are underutilized due to a lack of access to a reliable source of funding, lack of proper policies and regulation of the industry in most African countries, poor adherence to CSR measures, among others.