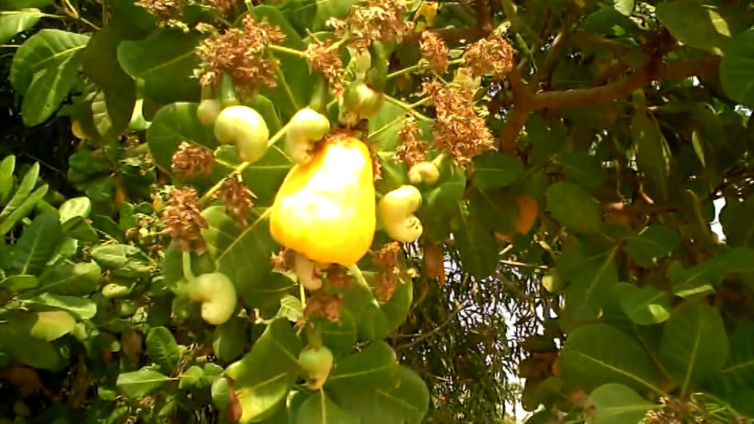 Cashew has a global reputation for its rich nutritional content and many health benefits when consumed, including its ability to fight Type II diabetes, as well as containing five times the vitamin C content of oranges and being cholesterol-free.

The tree crop has also, over the years, become a very significant economic commodity. With a combined production of over 2.1 million tonnes, estimated to be 57% of global raw cashew nuts (RCNs) production, the 14 cashew producing countries in Africa benefit from the commodity as it contributes significantly to their economic growth in the form of job creation and poverty reduction.

According to the African Cashew Alliance (ACA), over 2.5 million Africans are directly and indirectly employed by the cashew industry, serving as the main source of income to 1.8 million families in West Africa. The industry also serves as a good source of revenue generation to governments, through the import and export of both RCNs and cashew kernels. In Ghana, for instance, cashew is the highest non-traditional export earner.

Demand for cashew kernels keeps increasing, especially in Europe and America. Records made available by the ACA show that demand for cashew increased by an incredible eight percent and 17% in the United States and Europe, respectively in 2020. The cashew industry, therefore, has a great potential to grow and become even more impactful and contribute to the growth of producing and processing countries, especially in Africa.

Currently, Africa is the major producer of RCNs, Asia is the major processor, while Europe and the United States are the major cashew consumers. Africa has, over the years, been the backbone of the global cashew industry in terms of production and supply of RCNs.

Records from the ACA show that Africa’s RCN production has grown from a little above 930,000 tonnes in 2009, to over 2.1 million tonnes, representing 57% of global production, in 2020. West Africa remains the largest RCN producer in Africa, with countries like Cote d’ Ivoire, Benin, Nigeria, Ghana, among others accounting for a vast majority of Africa’s production.

Regarding processing, 93% of global cashew is processed in India and Vietnam, with the latter, in the past few years, overtaking the former as the highest cashew processor and highest exporter of processed cashew kernels into Europe and the US. However, whereas most of India’s processed RCNs are produced locally, about 57% of Vietnam’s RCNs are imported, mostly from Africa and Cambodia.

It is imperative to know that, in 2020, almost 70% of RCNs produced in Cote d’ Ivoire, the largest RCN producer in the world, was bought and exported to Vietnam and the situation was not different in other cashew producing countries in Africa. Processing in Africa is abysmally low, accounting for less than 10% of global processing. With kernels processed in India enough to satisfy their local market, demand and consumption of cashew are highly concentrated in Europe and the US with supply largely from Vietnam.

How sustainable is this?

From the above analysis, and as generally agreed by a lot of cashew supply chain analysts and experts, there are three major problems with the current cashew supply chain: an overdependence on single-origin, long supply chain, and unreliable market information systems.

This is a major pitfall for the industry, as a failure in any of West African production, Vietnamese processing, and European and American demand will see the entire industry crumbling on its knees.

For instance, per Jim’s estimations, if the current supply chain is maintained and the industry remains overly dependent on West Africa for raw cashew, while the increasing trend of demand and consumption continues, the industry will suffer a disequilibrium by 2030, where demand for cashew will exceed supply. This will cause the already considered expensive commodity to become even more expensive.

Also, the insignificant level of processing in Africa is affecting the growth of the industry in the continent, and thereby the income levels of farmers, thus limiting the industry’s potential for creating jobs and contributing to economic development.

The long cashew supply chain also makes traceability of cashew difficult and compromises food safety, while the lack of reliable information systems encourages speculations and misinformation about the cashew market.

The global industry’s overdependence on single-origin, long supply chain, and unreliable market information systems have been exacerbated by the ongoing Covid 19 pandemic.

Prices, as explained by Jim Fitzpatrick, were crushed at the initial stages of the pandemic because of the initial panic and uncertainty of the severity of the pandemic and the effect it will have on the market. He explained that this was also due to poor market information which caused people to misread the cashew consumption pattern as they wrongly predicted a fall in cashew consumption due to the pandemic. This, he believed, was due to the wrong assumption that the Indian and Chinese markets represented the global market and so once they were hugely affected, the global market will equally collapse.

African cashew farmers were frustrated at the initial stages of the pandemic because there were no buyers of their RCNs, because of the restriction of movements and the closure of borders of most countries. Additionally, almost 70% of local cashew processing factories in Africa shut down at the peak of the pandemic, when they should be taking advantage of the abundance of RCN, owing to the fact that they were not well-positioned financially to buy.

These factors are enough proof that the current cashew supply chain is risky and unsustainable. But for Vietnam’s timely response to the increased demand for cashew at the time, the global industry would have been in crisis.

Compared to the same periods in the prior year, Vietnam increased its monthly RCN processing and exports of cashew kernel by 78%,38%, and 18% in February, March, and April 2020, respectively, a time when the pandemic was at its peak and farmers were becoming frustrated with the falling prices of raw cashew nuts. This increased demand for raw cashew nuts from Africa, bringing prices to normal and relief to farmers.

What is the way forward?

The solution to fixing the challenges and risks of the global cashew supply chain lies in processing at or closer to origin. This means that processing in Africa, where about 57% of global raw cashews are produced, should be encouraged. It is in the good interest of African countries and the entire global cashew industry for Africa to process more.

Speaking on a panel discussion at the 15th Annual ACA conference, the Chief of Party of the LIFFT Cashew Initiative, Laurent Gomis, believed relocating supply equipment and processing closer to origin is a resilient measure to keep the industry going and mitigate the impact of the pandemic. He explained that this will reduce, to a large extent, the risk of the cashew supply chain. He also emphasised the need for the industry to improve itself in terms of the use of digital technology while also enhancing cross-border trading among cashew-producing countries in Africa.

Processing in Africa will also shorten the cashew supply chain, and this will enhance traceability and transparency, promoting food safety. As explained by the Managing Director (MD) of the ACA, Ernest Mintah, Africa is geographically well-positioned to become the hub of cashew processing for the European and American markets.

Compared to the distance from Africa to Asia then to Europe and America, it makes a lot of business sense for processing to be done in Africa and shipped straight to Europe or America. The Managing Director of a major Vietnamese processing firm, Long Son Joint Stock Company, Vu Thia Song, corroborated that processing closer to origin is more cost-effective.

A sustainable cashew supply chain also requires sustainable cashew production. It is important that farmers, especially in West Africa, produce more cashew fruits and nuts per tree than what they produce now, sustain the lifespan of tress, and improve quality. All these are possible through research.

As rightly explained by a cashew value chain specialist at Stella Maris Mtwara University College in Tanzania, Professor Peter Masawe, at the 15th ACA conference, there is the need for research into producing resistant cashew varieties that can resist pests and diseases while also producing good fruits and quality nuts in West Africa. Farmers should also be encouraged to produce more through proper price mechanization, while also encouraging them to follow good farming practices by rewarding quality.

There is also a need for good supply chain linkages. The relationship between the major actors of the supply chain should be enhanced to ensure the easy flow of RCNs along the chain. This is especially important between farmers and processors. The Chief Executive Officer (CEO) of a cashew processing company in Cote d’Ivoire, Cashew Coast, Salma Seetaroo, believes enhancing supply chain linkages improves quality and makes RCN accessible to processors while also enhancing traceability.

There is also the need to enhance trading among producers, processors, and buyers/exporters by putting in place effective transportation systems and good market information systems to reduce speculations and misinformation in the industry.

For all these to be possible, however, there is the need for proper investment into the Cashew industry. Governments of cashew-producing countries need to commit resources to developing the cashew industry and getting the best of it.

Governments and development partners need to invest properly into cashew research and production, providing incentives and the right environment for local processing, providing the appropriate infrastructure and modern technology for production and processing while also facilitating easy access to finance for producers and processors.

There is also the need for proper organisation and regulation of the African cashew industry. For proper organisation, actor associations like farmer cooperatives, trader, and processors associations should be established and sustained at local and national levels. This will also enhance supply chain linages, especially between processors and farmers.

To ensure proper regulation of the industry, governments, in proper engagement with cashew actors and major stakeholders, need to put the right structures and institutions in place, and give them the necessary legal backing and resources to regulate the industry.

The Consultative International Cashew Council (CICC), the international organization established in 2016 with legal powers and financial autonomy to promote and regulate the production, processing, and trading of cashew in Africa must facilitate cross-boarder trading in cashew among producing countries and put measures in place to encourage processing in Africa.

Development partners like USDA and GIZ need to continue to support the industry by providing support for farmers, but more importantly, extend their projects to provide technical and financial support for local cashew processors in Africa. Banks need to support local processors with loans at reasonable interests and terms and to attract new investments into the industry.

DISCLAIMER: The Views, Comments, Opinions, Contributions and Statements made by Readers and Contributors on this platform do not necessarily represent the views or policy of Multimedia Group Limited.
Tags:
African Cashew Alliance
raw cashew nuts