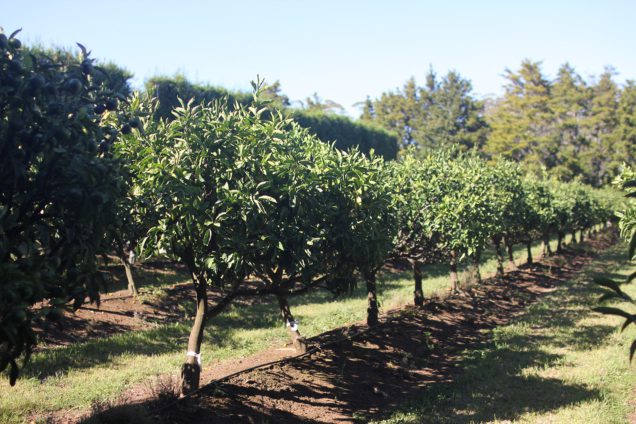 Chief Executive of the Tree Crops Development Authority (TCDA), William Quaittoo, has revealed that the Authority does not intend to dictate prices for the six crops it regulates.

He made this revelation at a panel discussion on creating enabling policy environment for cashew development at the 15TH African Cashew Alliance (ACA) Cashew Conference Friday online.

He said, contrary to widespread claims and believes that the Authority will dictate prices of cashew, the authority has not contemplated doing that.

He said the Authority resisted a lot of pressure from many farmers to set prices for cashew because the Authority was too young and had not even determined quality standards, which they are working on now.

“Last year, immediately after the inauguration of the Board of the Authority, cashew farmers started putting pressure on us to set prices. But we declined because we did not even have standards. We are working to get proper standards, in term of defining quality of RCNs and others before prices even come in,” he said.

What the Authority will be doing, according to him, is to empower actors, through the various actor associations of the cashew industry to determine their minimum price, which will be endorsed and announced by the Authority, the legal body.

“As an authority, we are not going to set prices. We will allow the actors themselves to determine their prices and then we, as a regulatory body, will endorse and announce it to give it legal backing. This will be done only for farmgate prices,” he said.

He stated that the Authority was more interested now in regulating and reorganizing the various tree crop sectors under its control.

“The function of Authority is to regulate and develop the production, processing, and the entire value chain of the various tree crops under us. Aside this, we will also conduct research into developing new variants and the best soil for it to increase yields and quality, while also linking farmers to the market,” he explained

Issues of cashew prices have been a major subject of discussion not only in Ghana but in the entire African cashew industry. While some countries set minimum prices for cashew, others operate an open market where the forces of demand and supply are allowed to determine prices.

In Cote d’Ivoire, minimum farmgate prices are determined by the government through the Cotton and Cashew Council in collaboration with actor associations and are enforced throughout the country.

According to the CEO of the Cotton and Cashew Council in Cote d’ Ivoire, Dr. Adama Coulibaly, minimum prices are set by the Council to protect farmers and ensure that they get fair prices.

“Minimum prices are set to ensure that the labour and efforts of people, especially farmers do not go in vain. There are agents who ensure that the system is not abused by people. Some buyers are currently being tried for abusing the system,” he explained in the panel discussion.

He believed this move motivates farmers to put much efforts and resources into production which is currently reflecting in the country’s production levels, as the highest producer of cashew in the world. Burkina Faso, and Benin are among cashew producing countries that have minimum price mechanism.

In Tanzania, one of the great cashew producers in Africa, prices are allowed to be determined by the market forces with no government interference in the form of minimum prices. India, Vietnam, and Nigeria all do not have minimum price mechanisms.

According to Market Information Systems and cashew expert, Jim Fitzpatric, there are no clear correlations between successful cashew industry at national levels and having a minimum price mechanism. In a presentation at the ACA conference, Jim explained that while minimum prices work effectively and produce results in some countries, it has failed in other countries. He said there are also countries like India and Tanzania, whose cashew industries are relatively successful without minimum prices.

“Minimum price mechanisation is different from price control. With minimum prices, stakeholders hold discussions to decide on a price below which people cannot trade. This is mostly an agreement among the various actors to ensure that no one is cheated and that farmers are protected. Beyond the minimum price, the forces now determine how much the commodity will be sold at the market. This is different from controlling prices totally,” he said in an interview at the sidelines of the panel discussion.

“The TCDA is still very young, and they will need a lot of time before some of these decisions can be made. The most important thing in all these, I believe, is stakeholder engagement,” he added.