Make use of RTI – Oppong Nkrumah tells academia and media 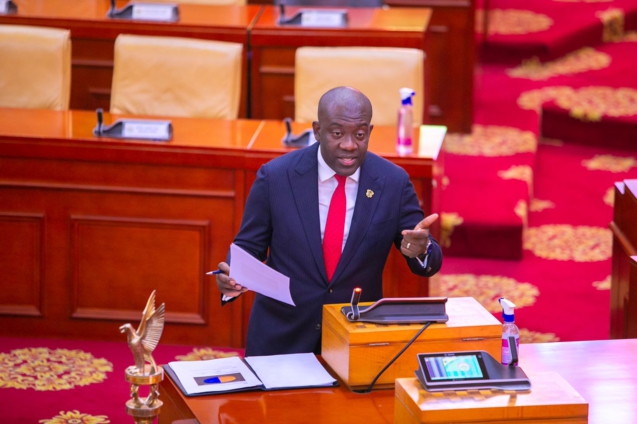 Information Minister Kojo Oppong Nkrumah has charged academia as well as media practitioners to utilise the RTI law Act 989, to obtain reliable information from state institutions for their work.

Answering questions in Parliament on Tuesday, Mr Nkrumah said the law which imposes an obligation on public institutions to provide information to applicants is being underutilised.

“Mr Speaker, may I take advantage of the opportunity given me to reach out to the whole country, particularly the academic community. A lot of our young people have complained about difficulties in getting access to information when they are preparing their dissertations and so on because a lot of institutions operate as though they are doing you a favor.

“The RTI Act gives you legal cover to apply for information from public institutions for academic purposes.. Also to our colleagues in the media, we want to encourage a lot more use of the Act and a lot less resort to speculation and hearsay. The RTI Act grants you to, by law access to information for purposes of media work,” he added.

The Minister was providing updates on the progress of the implementation of the law since its inception in 2020 on the floor of Parliament on Tuesday, March 15, 2022.

The law he said allows both media practitioners and persons in academia to get access to credible information with which they can use in dissertations and media works.

He said the law since its introduction has made remarkable progress noting that from the time the implementation of the law commenced to date, a total of 223 RTI requests have been received so far by public institutions.

This he indicated that per interim figures collated from the various RTI offices of state institutions in 2021 alone, a total of 129 requests for information were submitted by individuals and institutions and were received by 47 institutions.

In 2022, a total of 10 requests for information were submitted by individuals and institutions and received by seven public institutions as at the end of January, 2022.

DISCLAIMER: The Views, Comments, Opinions, Contributions and Statements made by Readers and Contributors on this platform do not necessarily represent the views or policy of Multimedia Group Limited.
Tags:
Information Minister
Kojo Oppong Nkrumah
RTI law Act 989