Man allegedly gets 10 Covid vaccine shots in one day on behalf of people - MyJoyOnline.com 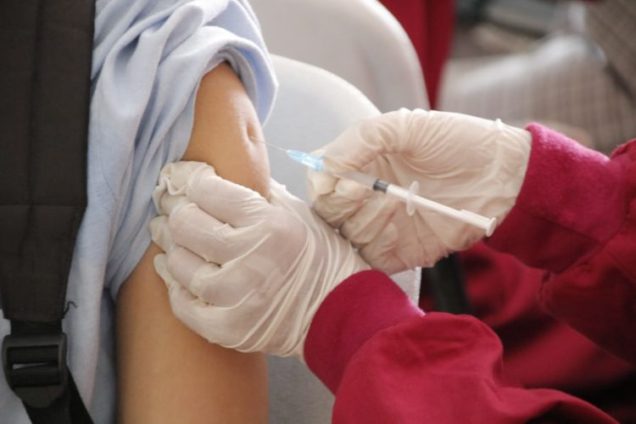 A New Zealand man has allegedly got 10 Covid-19 vaccine doses injected in only one day, after being paid by other people to get the shot on their behalf.

New Zealand is on its way to reaching a 90% two-dose vaccination rate before Christmas, but it’s still dealing with a number of citizens who aren’t even considering getting the job.

However, remaining unvaccinated means giving up certain liberties that are only reserved to those with vaccination certificates, and many aren’t willing to do that.

So, they reportedly tried to circumvent the system by paying someone else to get the vaccine on their behalf.

And, for the right price, people are apparently willing to get up to 10 doses of vaccine injected into their bodies.

Last week, New Zealand news website Stuff reported the shocking case of an unnamed man who allegedly got vaccinated for Covid-19 up to 10 times in one day on behalf of other people, prompting an investigation by the Ministry of Health.

The person reportedly visited several vaccination centers in Auckland and received the Covid-19 vaccine several times on behalf of other people who paid for the “service”.

He was able to accomplish this because, in order to get the shot, someone only needs to provide the health care worker with their name, date of birth, and physical address. No photo identification is required.

“People who do not have a form of photo identification are disproportionately people in vulnerable groups – homeless or transient, the elderly, the young, people with disabilities – and we don’t want to create barriers to their vaccination,” a spokesperson for the vaccination campaign said.

Although no data on using the vaccine in this way exists, vaccinologists say that the person isn’t likely to suffer any serious harm. They will probably need to deal with more intense side-effects like fever, headache, and general pain, but nothing too serious.

“We know that higher doses result in more general vaccine reactions, like fever and headaches and pains, so you might anticipate he would feel pretty grotty the next day,” Helen Petousis-Harris, from the University of Auckland, said.

Last week, we reported another bizarre attempt at trying to get the Covid-19 vaccine without actually getting it. In Italy, a man tried to use a silicone arm in order to get the vaccination certificate without really getting the shot.