Man dies after building collapses on him while asleep 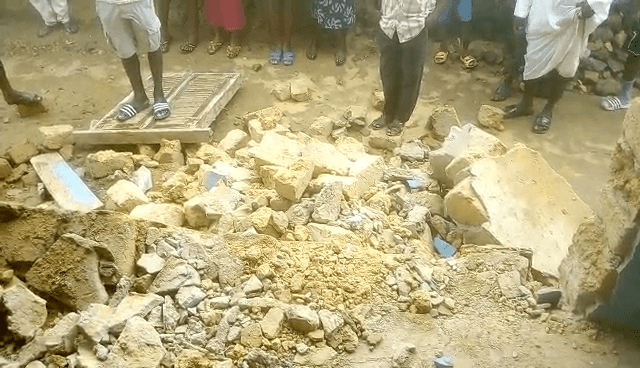 A 31-year-old man, Ebenezer Atta Amoh, met his death after his building collapsed on him while asleep.

The victim sustained severe injuries when part of the building fell on him in the room at Bibiani while asleep.

Assemblyman of the area, Zakari Mubarak, told Adom News that the victim spent quite some time under the rubble before he was noticed.

He added that the victim’s father, who was rescued initially, suddenly went dumb and could not reveal his son was still trapped.

However, one of the rescuers spotted Mr Amoh beneath the rubble and the team rushed to his aid.

He was quickly pulled out and transported to the Bibiani Government Hospital. He was, however, pronounced dead on arrival by medics.

The body has been deposited at Bibiani mortuary for further investigations.

Sources say the victim had been bedridden, and due to the incessant rains, the foundation of the building weakened.

Meanwhile, Mr Mubarak has urged the residents to adapt to the practice of periodically renovating their buildings to avoid unforeseen calamities.