Leave it to a man to come up with the  dumbest solution to one of women’s most uncomfortable problems – menstruation.

Daniel Dopps, a chiropractor from Kansas, USA, has obtained a patent for the “Mensez Adhesive Vaginal Lipstick”, essentially a glue stick that seals the vagina shut to contain menstrual flow. Yes, really!

“Mensez feminine lipstick is a natural patented compound of amino acids and oil in a lipstick applicator that is applied to the labia minora and causes them to cling together in a manner strong enough to retain menstrual fluid in the vestibule above the labia minora where the vaginal opening and urethra exit,” Dr. Dopps explains on his LinkedIn page.

“The Mensez compound is instantly washed away with urine, which releases the menstrual fluid along with the urine into the toilet every time a woman urinates. No pads or tampons are needed. Safe, secure and clean.”

In the beginning, everyone thought that this product had to be a joke, but Dopps, the CEO and President of Mensez Technologies, said that it was in fact real.

You can’t find vaginal adhesive in stores just yet, as Mensez just got the patent for the technology in January, but the company is actively looking to sell it to interested companies that specialize in feminine hygiene, like Procter & Gamble or Kimberly Clark.

So far, at least one company has shown interest in their idea. However, supposing he can actually convince some executives to buy his unusual invention, and that it passes trials and regulatory requirements, women would have to find the idea of gluing their vaginas appealing for this thing to hit the market. Apparently, not many of them do.

Many women have taken to social media to show their disapproval for the Mensez feminine glue stick and express their doubts that Dopps actually has any knowledge of the female anatomy. “How is this compound blood and sweat proof, but somehow dissolved by ammonia in the urine?”, “Can users be sure that the urine will fully dissolve the seal?”, “What about the risk of infection from retained menstrual fluids?”, “Does this man know the difference between a urethra and a vagina?” are just some of the questions asked on Facebook and Twitter.

When confronted about them, Dopps simply told Forbes that the glue stick “will be thoroughly tested and improved” and that it “makes more sense than putting the plug up there.” 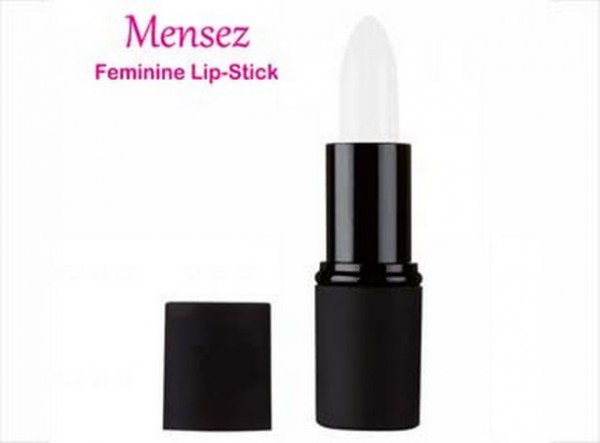 A bizarre Facebook post in which Mensez compares the sensation of having the vagina glued shut with waking up with your lips stuck together has already received a lot of negative comments, and the media hasn’t been too kind to Dopps or his invention.

The general reaction has apparently been too much for the Kansas chiropractor who recently snapped and wrote this in reply to a negative comment on his company’s Facebook page: “[Y]ou as a woman should have come up with a better solution than diapers and plugs, but you didn’t.

Reason being women are focused on and distracted by your period 25% of the time, making them far less productive than they could be. Women tend to be far more creative than men, but their periods that [sic] stifle them and play with their heads.”

Wow, I’m sure women will start throwing money at Dopps after reading that comment. If the vaginal glue didn’t prove that this man understands women, his misogynistic words certainly do.