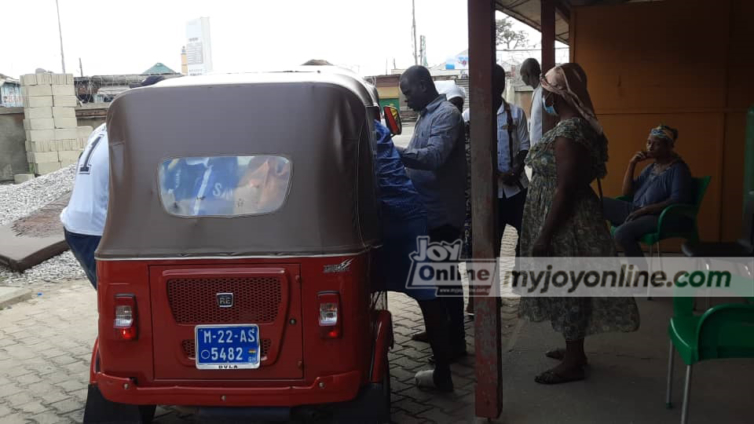 Patients have been discharged to go home following the strike action

The Manwerehene of the Asantehene, Otumfuo Osei Tutu, Baafuor (Dr) Ossei Hyeaman Brentuo VI has appealed to nurses at the Manhyia Hospital to call off their indefinite strike action.

According to him, the Manhyia Hospital is the first point of call for chiefs within the vicinity, hence a strike action is a matter of concern for the traditional leaders who reside in Manhyia.

Earlier today, nurses at the Manhyia Hospital embarked on an indefinite strike action following the expiration of the 72-hour ultimatum they had served government for the dismissal of the Ashanti Regional National Service Secretariat Director, Alex Opoku-Mensah.

Their demand comes after Mr. Opoku-Mensah verbally abused a nurse on duty for speaking to his daughter in a disrespectful tone.

Speaking to JoyNews, the Manwerehene noted that the situation was rather unfortunate.

According to Baafuor (Dr) Ossei Hyeaman Brentuo VI, the chiefs are in talks with the feuding parties for an amicable solution to be reached.

“It is a very unfortunate situation but I trust that if we appeal to the feuding parties, specially the nurses that are now set to go on strike, we’ll plead with them to just have some patience for us. I called the Medical Superintendent who informed me that attempts have been made to resolve it.

“Unfortunately, it looks like the decision to stop the strike should come from above. The leadership of the nurses association has come up with the decision based upon what they think has been unfairly done to one of their members. We will plead with them.

“Manhyia Hospital is our first point of call. Almost all the chiefs who come to Manhyia or those that reside in Manhyia go there.”

The chief further assured that the necessary steps will be taken to avert any future problems.

Meanwhile, the Manwerehene has stated that he has reached out to senior members within the palace to help find a solution to the problem.

DISCLAIMER: The Views, Comments, Opinions, Contributions and Statements made by Readers and Contributors on this platform do not necessarily represent the views or policy of Multimedia Group Limited.
Tags:
Manhyia Hospital
Manwerehene Otumfour Bafour Hyiaman Brentuo VI