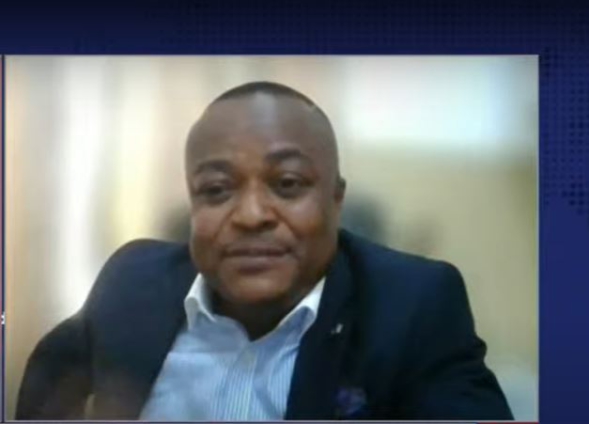 The General Secretary of Ghana Registered Nurses and Midwives Association (GRNMA), has said the nurse who was verbally assaulted by the Ashanti Regional Director of the National Service Scheme (NSS), Alex Opoku-Mensah, has been removed from the Manhyia District Hospital.

Speaking in an interview on JoyNews’ The Pulse on Tuesday, Mr. David Tenkoreng-Twum explained that the removal of the nurse is to support her psychologically.

“As I am talking to you, we have removed the nurse as quickly as possible from the hospital. The said nurse is now being given psychological support to ensure her mental safety,” he said.

The regional NSS boss, Alex Opoku-Mensah is said to have verbally abused a nurse at the Manhyia Hospital who had a misunderstanding with his daughter (a house officer).

According to the Medical Superintendent, Dr Hussein, the house officer is said to have taken offence at how the nurse spoke with her, thus protested.

Dr. Hussein said, the house officer happened to have been in the company of her father when she spoke with the nurse on phone. As such, Mr. Opoku-Mensah was infuriated by the turn of events and followed his daughter to the hospital.

In an audio recording that has gone viral, Mr. Opoku-Mensah said, “you are very frustrated…Who born dog?…you envy her, you don’t respect. Are you a doctor? Who are you? Are you mad? Is the hospital yours? Stupid idiot.. that your useless nursing that you do, useless woman… Do you know who I am? I am the Regional Director of National Service Scheme. Some of you are under me.”

Mr Tenkorang-Twum added that the nurse in question is not psychologically and emotionally stable to offer services, adding that “she can even commit suicide over this matter.”

“We shouldn’t take these things lying low, we have worked in the health sector for a very long time and we appreciate the challenges posed by these issues. Therefore, we are doing what is needed to protect our people,” he said.

He stated that the Association will appreciate if the NSS boss is transferred to another sector, so far as he is not in the position as the head of the Ashanti Regional NSS.

Meanwhile, the Management of the National Service Scheme (NSS) has invited its Ashanti Regional Director for preliminary investigations.

In a statement issued on Tuesday, the NSS described the incident as “unfortunate” and apologised for it.

“The Management of the Scheme wishes to reiterate its commitment and assurances to the public and the nursing fraternity of our dedication to getting this matter resolved,” parts of the release read.

DISCLAIMER: The Views, Comments, Opinions, Contributions and Statements made by Readers and Contributors on this platform do not necessarily represent the views or policy of Multimedia Group Limited.
Tags:
Ashanti Region NSS Boss
Manhyia Hospital
Mr. David Tenkoreng-Twum
Nurse