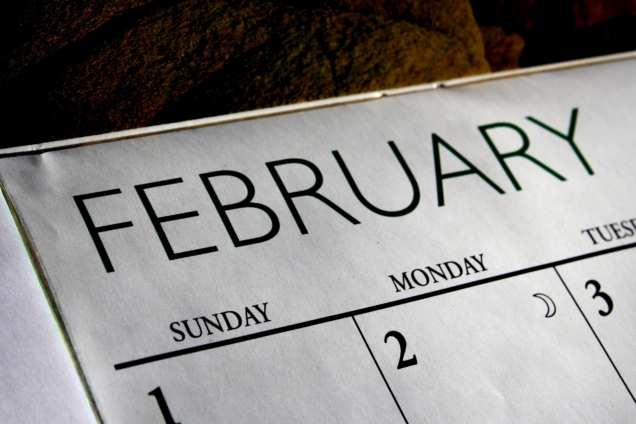 I have mentioned before that this is the only column that would make you feel some way and at the same time make you neither happy nor sad. It may sadden you but make you feel like laughing without reason! It is the worst thing to ever happen to conventional journalism. The author has never been serious with any serious business especially if it is not serious! It would make you feel like never to read it again. It is the only column that makes the dog says ‘it is for the sake of avoiding speculations that it decides to have sex outside in the open for everybody to see and bear me witness’.

If you fail to read, you would not feel like reading anything again until you read it but remember…please DON’T READ! Hahahahahahaha! It’s Friday again and the end of the most over-confident month of the year – February! Everybody is ending on either 30th or 31st, you alone, you think you will cut it short by remaining 28 this year. You no see your brother January and how it relaxes when a new year pops up?

This overconfidence nearly made me fail an exam recently. I see the exams top paaa and so decided not to answer one major question; all what I needed was just a pass, after all! The results came last week and I got 61%. Pass mark was 60%! 3kaaa kitikitikiti! This is no motivational message, abeg.

For those of you expecting me to give you a motivational message, I am sorry to disappoint you. If you want to give up, please go ahead; I am tired! Those motivational speakers who would tell you they started their multi-billion-dollar poultry farm with only the feather of a hen are the people that inspire some people, not me. I can only do my best. I can’t kill myself following such lies. Interestingly, some people actually pay money to attend the seminars of some of those motivational speakers and go back home hungry and convinced that they can bring the moon down in the course of the day.

I used to hate it when people find it difficult to tell exactly where they live but now I am beginning to understand why. Suddenly those of us living on the western part of Accra have become very defensive anytime we are asked about where we live. Ask anyone: ‘which part of Kasowa do you live? And his or her immediate response would be ‘no ooo, I don’t live in Kasowa o; I live at Tuba’.

Just yesterday I met an old time friend and asked about whether she still lives around the toll booth and she was like ‘God forbid! how? I live at Amanfrom’! Ayooo. Be careful when describing where people stay around the western part of Accra o because residents of those areas have become like Peter to Jesus denying where they actually sleep and wake up and come to Accra to work.

As for me I make it emphatic that I live near the Mall. Please don’t tell me Kasowa. What is my offence? The only truth is that you can pass there to Kasowa but that place is not Kasowa as some of my friends have been wrongly tagging me of late. Last Sunday I overheard someone saying they attended an engagement ceremony and when the guy introduced himself and where he was staying, his prospective father-in-law stood up in anger and said this marriage would not come on and that he didn’t think he loved his daughter and that if he really did, he wouldn’t build a house there.

I thank God I didn’t mention the name of the place the guy lives.

The thing koraa some of the names of the towns on the way to Kasowa are some of the funniest but for some strange reasons, some residents feel good about it. Four years ago, a friend I invited to a naming ceremony had to return midway when on board a Kasowa-bound trotro from Pokuase through Amamole (woaaa listen to the name of this town near Ablekuma); wey kan ‘kuma’?

He was angry and couldn’t relate with the name of the towns along the stretch. First, the driver’s mate asked whether anyone would alight at Anyaa. He cringed but took it lightly. The next junction was Malam junction where some passengers requested to alight. Malam junction was cool, kind of. Next was Makati Hills which sounded more polished and exotic. What made his BP rise was when another passenger asked the mate where he could get down to pick a car to Oblogo! ‘Wey kan areas koraa be this’, he asked himself but decided to persevere.

The junction to my place is called ‘block factory’ even though that block factory has ceased to exist thousand years ago. What broke the camel’s back was when after Weija junction, a passenger and his wife asked the mate for their change because they would be alighting at Tetegu junction! Tete what? He just got down, picked an uber and went back home. Ei! Indeed the best comes from the West but in between? Asuwear!

Honestly there are some names of some towns that need to be retweaked a bit. There is a junction at East Legon that has spoilt the beauty of the place. How on earth can you call a place ‘Banku junction’? I mean how? And this is East Legon we are talking about o. Banku junction. Anyway, it only shows we are in Ghana! After all, it is better than Scorpion junction at Tabora-Alaji.

Dome-Pillar 2? I am yet to see those pillars. Let me put on record again that I was born and lived my formative years at Kisseman, therefore Dome and its other suburb, Oko, the neighbourhood of the Ayewws are quite known to me. In fact some of the Ayeww family people were my classmates at Anunmle School. Between Kisseman / Christian’s Village and Dome / Oko was a large bushy undeveloped area. Suddenly after 1992, developments started and then there is a Pillar 2 now.

It’s amazing how people always want to associate with the best and never minded by the fact that there is the need to be proud of where they live. Until recently it used to be a prestige to hear people who live at Potsin, near Winneba way after Kasowa saying they live at West Hill! To achieve what? On the contrary, when you live at Weija and somebody asks ‘Ohh Kasowa?’, you are quick to say angrily‘ No; that is too far away! I once did that and what’s wrong with that? Very soon, some egoistic people living at Mankessim would start mentioning West Hill while those at Sogakope would feel good mentioning East Legon just to feel good! After all, Mankessim is to the West of Accra so is Sogakpoe to the East of Legon! Very easy to live in any of these two places now ooo but in-between Makati and Winneba? If you say a prayer, say one for us!

Some residents of Gbegbeyise, Glefe and Sukura especially those who are never content with what they have feel good telling people they live at Dansoman Akokor-foto with swag, ‘DC’. Feel proud of your actual areas of abode small. It doesn’t take anything away from you. We all know the capital city is choked so if you live at Nsawam or Teacher Mante and tell people you live at New Achimota, the only person you are deceiving is yourself.

Have a nice weekend and remember the fact that not all thoughts or worries are to be expressed even though you may have a genuine point. Have a direct relationship with God by just going down on your knees and sharing your problems with Him, not friends. For me, if you share your problems with me, I can’t help you and unfortunately for you, I will come and write it here for people not to read!

DISCLAIMER: The Views, Comments, Opinions, Contributions and Statements made by Readers and Contributors on this platform do not necessarily represent the views or policy of Multimedia Group Limited.
Tags:
February
Leap year
Mawuli Zogbenu