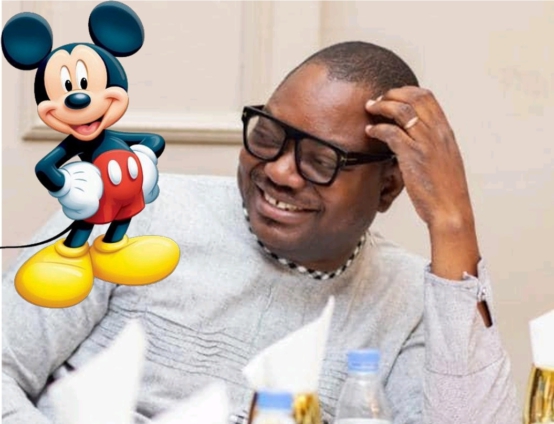 You gave your car to your wife to drive. She returns it. You rush to jump into the car to drive. Meanwhile, you know you are taller than her. Sorry if your head hits the lintel of the car when you attempted to sit down. It can be painful especially if you don’t have any painkillers to relieve you from the pain at the right side of your head. Chances also are that you may lock your right leg with the steering wheel.

For me, I have stopped giving my car out to her because of what happened some years ago. She was in town with my car and got a flat tyre and instead of calling me to fix the spare tyre, she fixed it by herself. The things she saw under the spare tyre compartment when she went to remove it from the booth er, thank God for a forgiving wife! Since I’ve stopped hiding condoms under spare tyres to be on the safer side. If I am unable to use it all, I throw the rest away! If you know, you know. Hahaaaa!

Last 2 years my friend Ofui confessed to me that he didn’t know that an ordinary shaving stick could be an aphrodisiac until he saw it in this useless column. It can be a very potent aphrodisiac in the hands of a loving wife shaving the lower perimeter of a caring husband. But I warned him bcos the same shaving stick can become a weapon in the hands of an unhappy and angry wife!

Be careful when to give her the shaving stick to shave you; first, be sure she is happy with you. But the question is: ‘to shave where’? However, if the ‘battery’ is perpetually weak, 100 shaving sticks can be used but you would still be there asking your wife unnecessary questions! I heard too much consumption of Okro soup is not good for men o, though not medically proven.

I used to doubt this until last Thursday when I embarrassed myself and found myself asking my mother-in-law’s daughter useless questions such as: ‘How old is Accra Great Olympics?’ all in the bid to buy time to possibly regain ‘consciousness’.

I have discovered something oo. Initially, when people say it, I thought it was just water. Recently I developed the habit of eating watermelon 5 times a week. I don’t think there is any aphrodisiac which is more efficacious than watermelon. Herh! After one month of continuous consumption, I brought sweetness home. Nowadays when my wife wakes up at dawn to sweep, she does it singing praises to God! Aseda y3 Onyame ni diaaa’’’ Aseda y3 Onyame ni diaaa’’’…mintu mi nka adia woa y3 amami’ to wit ‘Thanks and glory be to God; I cannot say what you have done for me’.

How can she say what it is without knowing it is watermelon that God has directed me to save the home? Since then I have stopped wasting money on any expensive aphrodisiac that will even give me side effects number one of which is a persistent headache for days and feeling of chest pains all over my body! The whole thing, I still don’t get it. Moving backwards and forward just to release small fluid and you have to go for an aphrodisiac? Ah! Abeg, just try watermelon! Eat a few slices every day continuously as your first meal of the day and see! You would pump aaaaaa for a long and wondering when you would ever come…home though you are already home, hopefully!

It puts you on the urge every time even when driving in town. What annoys me most is that after my system has become used to it, when I am driving in traffic in one lane and see a nice lady with ‘loads’ packed in some fabric walking past on the pavement while attempting to catch a proper glimpse of her, a trotro usually sprinter buses come to block your view thus preventing your eyes from ‘enjoying’ the little ‘food for the eyes’. This thing happens especially at Abeka Lapaz! The trotro drivers will deliberately block your view la!

I want to ask o but please don’t insult me in your head wai, Kofi. What at all do men remove from their trousers when they are about to urinate by the roadside and why do they shake that thing kparakpara like that after urinating? What do they put back into the trousers and zip after urinating? Eish have you ever tried to close the zip and it zipped on the thing? Aiiiii! It can be painful o especially if you don’t know whether to zip it up or zip it down to free yourself from the ‘fowlers snare’. Hmmm!

It often happens to people who are always in a hurry like me whose these things are ‘half clutch’! Some of the ladies too, especially those who urinate in the corner of the roadside: what do you ‘sweep’ with your left hand to one small corner when you squat to wiwi and after that, the fabric-like thing sweeps itself back to cover something! And what is that something that it goes to cover? Me I have not seen some before oo..hahaha! Worse of all, both men and women spit into the urine afterwards. Is there any relationship between saliva and urine? Forgive me o bcos I don’t even know what I am talking about! Haven’t you urinated before?

I am sure you are already insulting me in your head right now because it is the weekend and some of us will like to take it easy on ourselves from the stress.

I need to go and take some injections this afternoon. I’m not feeling very fine. Taking injections had never been a pleasant experience for especially boy children. Kai. The worst part is where the nurse would break the neck of the brown chloroquine bottle, put the needle into it and show it to you and pop small out of the syringe. I don’t know why they have been doing that; it was as if to scare you or malaria away.

So you believe I will go for an injection er? Me? Injection? Hmmm! Doctors kraaa, I don’t know why they advise against certain lifestyles. Meanwhile, some of them eat in the night more than you can imagine. They ask you to take your medications on time; many of them don’t take medications at all! They drink a lot of water and take mainly para which you and I disregard but you have no idea the power inside ‘common’ paracetamol. Hmmm! Medical doctors hardly fall sick but when you hear that a doctor has a headache, pray for him or her o, hmmm!

This weekend I am on my way to my village again. I am doing some small farming there and the good news is that it is raining nicely these days in many arable lands. Do you remember when last year during one of my visits to my holy village, I left my car door with its glasses rolled down and went to Uncle Vortia’s shallot farm?

My home region is probably one of the few Regions one can leave his or her car door open with valuables for 24 hours and come back to meet them intact, all things being equal.

Kwebu’s wedding experience of a large acre of land can never be forgotten. He weeded without getting tired. We were told he had been weeding for four days non-stop and had done almost five acres of the wedding as of then. The contract? He went to steal cassava from the said farm the previous day and nobody asked him to come back and weed but the ‘forces’ that compelled him to come and weed were strong. By the conditions of the ‘powers’ that forbade people from stealing from that farm, he had to continue weeding till the farm owner himself comes to stop him. How can this be recorded in any police books?

One can steal a mango from Agbozume and get away with it to Accra but nobody would ask him or her to send it back when he or she gets to Accra. If in doubt, you would have noticed that when there is news about thunder striking someone to death in Ghana, it happens in my region. You can’t touch what does not belong to you and go scot-free! Hmmm!

Have a great weekend and remember sin fascinates and assassinates. The things that keep you going are not the very serious ones but the ‘useless’ ones like this column where everyday life matters are shared to make us happy. Life is like a guest house. People come and go. Enjoy your stay so long as it lasts!

Lest you forget, the question again is ‘what do men shake’ after urinating in public by the roadside? Please keep the answer; no one needs it; just urinate! Hahaaaa!

DISCLAIMER: The Views, Comments, Opinions, Contributions and Statements made by Readers and Contributors on this platform do not necessarily represent the views or policy of Multimedia Group Limited.
Tags:
Mawuli Zogbenu
watermelon