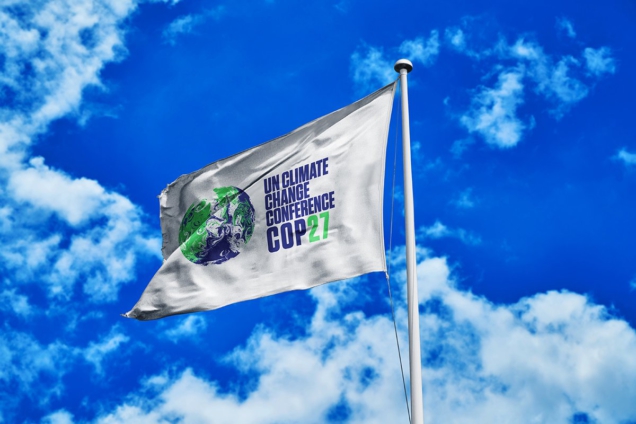 Mayors from around the world are urging global leaders attending the 27th United Nations Climate Change Conference (COP27) to invest in cleaner, greener cities that contribute to climate action rather than fossil fuels.

They claimed that in order to secure good jobs in fairer societies, people everywhere must be protected from rising prices, polluted air, and extreme weather.

In many countries, insufficient NDCs force unsustainable levels of fossil gas use in and around cities, despite the fact that fossil gas emits significant amounts of GHG, increases air pollution, costs more, and creates fewer jobs than clean energy solutions.

In contrast to their own inadequate NDCs, key countries are embarking on a gas expansion that will add 86% to gas use capacity in and around C40 cities by 2035, whereas a 1.5oC scenario would necessitate a 30% reduction.

While no nation has developed 1.5°C-compatible plans in the seven years since world leaders signed the Paris Agreement, the mayors claim that 62 C40 cities have, with more on the way. According to them, three-quarters of the C40 cities are reducing emissions faster than their respective nation-states, resulting in a 5% reduction in air pollution.

C40 released the NDC Ambition Handbook this week to help countries identify the most impactful and inclusive actions to implement across sectors such as energy, transportation, buildings, waste, construction, and urban planning.

The handbook is based on the Multilevel Climate Action Playbook, whose second edition will be released on November 15 at COP27 by the Global Covenant of Mayors for Climate & Energy.

At the C40 World Mayors Summit last month, city leaders announced that the pipeline of projects in C40 cities can deliver 50 million green jobs by 2030 – a third more than business as usual. Mayors are creating massive investment opportunities in zero-emission, inclusive, and efficient projects and infrastructure, but more money is still being invested in fossil fuels and sectors of the economy that increase, rather than decrease, emissions.

Recognizing the importance of Global South voices in the fight against climate change, Sadiq Khan, Mayor of London and C40 Chair requested that the delegation of mayors be led by Freetown and Dhaka North.

Sadiq Khan said: “The climate emergency is the biggest global threat we face today. The cost of inaction, to our economies, livelihoods, environment and the health of our citizens is far greater than the cost of taking action.

He stated earlier this month, standing alongside mayors from all over the world at the C40 World Mayors Summit, that cities would be doers, not delayers, in the fight against climate change.

“I urge world leaders to take time to listen and learn from all the great work C40 mayors have implemented around the world and set a similar example at COP27. We simply don’t have time to waste.”

Cities, according to Yvonne Aki-Sawyerr, Mayor of Freetown and C40 Vice-Chair, continue to be at the forefront of the climate crisis, providing and implementing innovative solutions to address the impacts of climate change in our communities.

“I am calling on world leaders to work with us at the city level, learning from our experiences and becoming trusted partners in the fight against climate change,” she said.

Yvonne stated that her country is collaborating with community organizations, among others, to plant and grow 1 million trees to combat extreme heat.

“We are installing shade covers in markets across our city, providing shade to market women who previously traded under the scorching sun. I encourage city leaders to tell their stories not only at COP27 but at every given opportunity, locally, nationally and on the international stage.”

Cities, according to Atiqul Islam, Mayor of Dhaka North and Vice Chair of the C40, are laboratories of change, and they have been pursuing ambitious climate solutions even as national governments have delayed critical action. Taking Dhaka North as an example, 24 parks were created across the city by reclaiming encroachers’ lands, as well as reclaiming a 2-kilometer-long canal from an illegal truck stop and planting 2,000 trees on its embankment.

“I call on world leaders to learn from and support mayors and city leaders in the impactful work they do every day to address the effects of global heating and to accelerate a green and just recovery from the pandemic.”

According to C40 Executive Director Mark Watts, it is remarkable what cities are accomplishing, especially given the numerous challenges of recent years. Cities, he claims, can move quickly because of their ability to collaborate, whether through technical collaborations like Beijing and Copenhagen exchanging expertise to reduce fuel consumption in district heating or Tokyo and Kuala Lumpur’s collaboration to decarbonise the building sector.

He urged world leaders to step up collaboration if emissions are to be cut in half by 2030 in accordance with a 1.5°C trajectory.

“We know we can do it – the 5% reduction in air pollution across C40 cities last year is similar to the scale of greenhouse gas emission reduction we need each year. Globally, if we are to avoid catastrophic global heating, then the kind of collaboration that is happening across C40, at a time of growing geo-political division, needs to become the norm.”

A delegation of mayors from the C40 cities is attending COP27 to demonstrate how cities are already taking immediate, urgent action to put the world on track to cut emissions in half by 2030. Abidjan, Accra, Amman, Austin, Dakar, Dhaka North, Durban, Freetown, Nairobi, Tokyo, and Warsaw are among the C40 cities represented at COP27.

DISCLAIMER: The Views, Comments, Opinions, Contributions and Statements made by Readers and Contributors on this platform do not necessarily represent the views or policy of Multimedia Group Limited.
Tags:
Climate Action
Conference of Parties (COP 27)