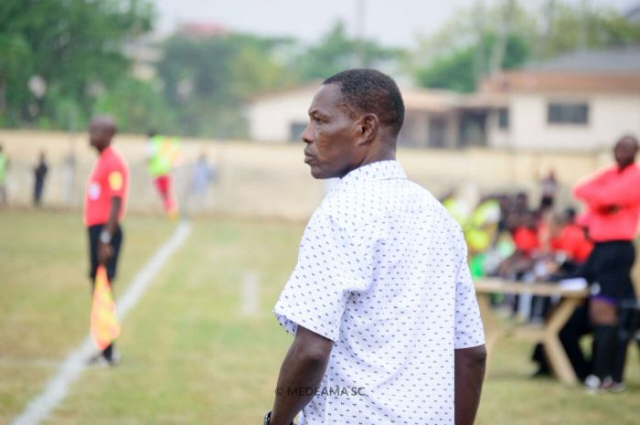 Medeama Sporting Club are on the search for a new head coach after parting ways with Augustine Evans Adotey.

The announcement came after Adotey declared his unwillingness to continue as coach of Medeama while he also held the position of Black Maidens manager.

“I can’t combine both Medeama SC and the Black Maidens job so I have decided to lay down my position as coach of the club. However, I’m ready to handle any other position at the club except the coaching job”.

“I have done my part and want somebody to continue from here,

“I came here to build a legacy and I’m proud of what we have achieved together as a collective unit.

“But in our profession, you have to move on at some point.”

We would like to announce the departure of coach Augustine Evans Adotey after a four-year stint in Tarkwa. We wish him well in his future endeavour. pic.twitter.com/fR60cOhj0D

Adotey leaves the Tarkwa based side after a four-year stint.

He held several portfolios including being the technical director.

In his four years at the club, Adotey managed to win two FA cups and a SuperCup with the team.

Medema finished seventh on the league table in the just ended season.