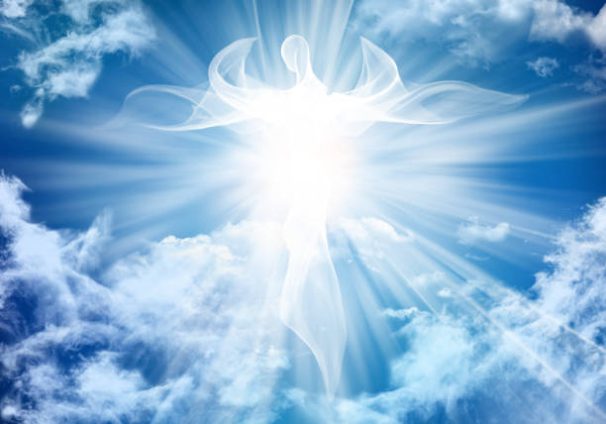 Now, on Tuesday, I told you a story about how I thought I saw an angel. It was an encounter that made me realise that we all need help. This was an important lesson to learn at this time of the year. When I got home that day, I couldn’t stop thinking about the experience. I became curious about other encounters with angels.

One of the first stories I found was actually a work of fiction. A beautiful story with a really poignant message at the end. I’ll try to retell it in my own way.

New York City is huge. Not just in size, but in population. If you want to know what I mean, just take a walk through Central Park at lunchtime. Everywhere you look, there are throngs of people doing different things. It’s sometimes hard to believe that all these people have homes. There can’t be that many houses…

Susan was born in the city. For thirty-five years, she had lived the sights and sounds of the Big Apple for so long that it no longer made an impression on her. She sat in the park every afternoon to eat her lunch, and hardly noticed the millions of people hustling, shuffling, talking, shouting, throwing, running, eating, singing and living around her.

This particular day was no different. She sat perched on the edge of her favourite bench, eating her grilled tuna sandwich and reading her book. Suddenly, out of the corner of her eye, she noticed something that seemed unusual – a little girl in a knotted dress, standing on a footpath, looking around her with an air of uncertainty. Susan gave her a perfunctory look and went back to her book. The next time she looked up a couple of minutes later, the little girl had moved on.

The following day, she was halfway through her Cheese and tomato bun when she caught sight of the little girl again. Same spot on the footpath, same knitted dress, same look of confusion on her face, but this time, Susan looked a bit closer and noticed that the little girl had a deformity – a rather pronounced hunchback.

Also, Susan noticed the little girl was crying. A look of concern came over Susan’s face. It was so odd for a little girl to be on her own in the park at that time. Worried, Susan went across and said, “Hello,”

The little girl burst into a wide grin, and said, “Hi. What are you reading over there?”

This started a lovely long conversation that began on the footpath, and moved to the bench, where it went on for hours and hours. By nightfall, they had become firm friends. Finally, Susan just had to ask the little girl why she had been so miserable earlier.

“Because I’ve been standing there smiling every day for ten years, and you never noticed me”.

Susan was bewildered, but there was more. “I am your guardian angel, and I’ve been watching you. Your whole  world seems to end at your nose, and your nose is always in a book. Things are happening around you. People are living, people are dying, but you see none of it. My mission was to teach you to give attention to someone other than yourself, and after decades, I have finally done it”.

And with that, the little girl stood up straight, and two large white wings burst out of the bump that had previously looked like a humpback. Susan looked on in amazement as the little girl she had failed to notice for ten years, turned into the most beautiful sight she had ever seen. Just before she flew away, Susan asked the angel, “How come nobody else stopped to help you?”

The little guardian smiled and said, “Because only you could see me”.

My people, there are a few lessons for us in this beautiful story. First, our world does not end at our nose. There is a lot going on out there, and sometimes, we just need to lift our heads up from our own problems to see the people around us who need help.

My name is Kojo Yankson, and I see you.