Message from the Morning Man: The Office Boy - MyJoyOnline.com

Message from the Morning Man: The Office Boy 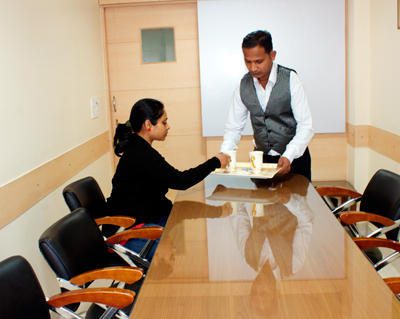 A jobless man applied to a large company for the position of Office Boy. For his test, they made him clean an office, mop the washroom, prepare some tea and run an errand. He passed with flying colours.

“You’re hired”, the HR Manager announced to him at the end of the process. “Now just submit your degree certificate to my office and you can start on Monday”.

“But I don’t have a degree”, the young man said in alarm.

“Really? How do you expect to get a job in an office like this without a degree? I’m sorry, but I’ll have to withdraw the offer”.

Disappointed, the young man walked out onto the street again, with only ten pounds in his pocket. On a whim, he marched to the market, bought a £10 crate of tomatoes and walked door-to-door through the community, selling them at a mark-up. By the end of the day, he had converted his ten pounds into twenty.

The next day, he repeated the process. And then the next, And the day after that. By the end of one week, he had one hundred dollars. He started going to the market earlier, and selling more tomatoes each day than the last. Soon, he bought a barrow, later he bought a truck, and before long, he had a fleet of delivery vehicles.

Five years on, the man was the owner of the biggest food distribution company in the region. He was a pillar of society, a philanthropist, and a supporter of many worthy causes.

The local newspaper decided to write an article about him. The journalist came to his office for the interview. After a long conversation covering all his triumphs over adversity, the duly impressed journalist then asked him which university he attended.

“I don’t have a degree”, the man said with no shame whatsoever.

“Wow”, the wide-eyed journalist exclaimed. “Can you imagine what you would have achieved if you’d had a degree?”

The man smiled at the journalist and said, “Yes. I would be an Office Boy”.

Three lessons from this, my friends: first, when one door closes, keep knocking until another opens.

And finally, when people place obstacles in your way to make you last in a category, create your own category and be first in it.

My name is Kojo Yankson, and I know you’re qualified for success. Don’t let anyone tell you you’re not.