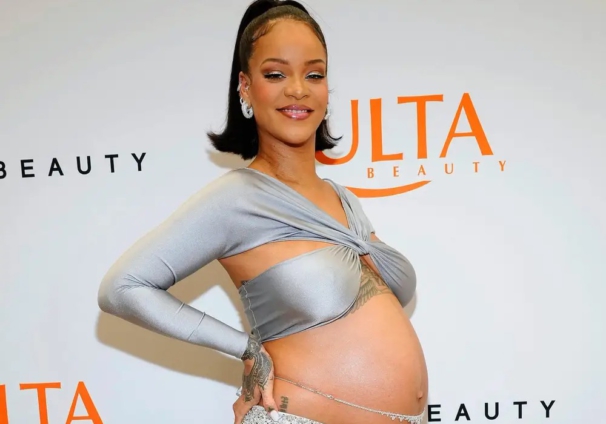 Rihanna was honoured at the 2022 Met Gala with a marble statue inspired by her recent Vogue cover.

On Monday evening, the Fenty Beauty mogul revealed the tribute in an Instagram video that showed her statue was placed in the Metropolitan Museum of Art’s Greco-Roman display.

The statue was inspired by Rihanna’s Vogue cover for the outlet’s May issue.

In the cover photo, she wore an orange, strapless one-piece that featured lace and plant motifs with matching gloves, which were replicated in the statue’s design.

“Shut down the met in marble! what’s more gilded than that? Lol! Thank you @metmuseum and @voguemagazine for this historic tribute! y’all bad for this one!” Rihanna wrote in the video’s caption.

Vogue also shared the video, adding, “The statue of “Eirene (The Personification of Peace)” is usually the highest-profile marble goddess @themetmuseum Greco-Roman galleries. But now we’ve got @badgalriri, straight off this month’s Vogue cover.”

Despite being a fixture at the Met Gala each year, Rihanna was noticeably absent this time around as she prepares to welcome a baby with A$AP Rocky.

Representatives for Rihanna, Vogue, and the Metropolitan Museum of Art did not immediately respond to Insider’s request for comment.

In her Vogue cover story, Rihanna said she wanted to redefine maternity fashion and what’s “decent” for pregnant women to wear.

“When I found out I was pregnant, I thought to myself, there’s no way I’m going to go shopping in no maternity aisle. I’m sorry — it’s too much fun to get dressed up,” Rihanna told Vogue. “I’m not going to let that part disappear because my body is changing.”

She told Vogue that her maternity style decisions are an intentional move to shift the narrative around pregnant fashion.

“I’m hoping that we were able to redefine what’s considered ‘decent’ for pregnant women,” Rihanna continued. “My body is doing incredible things right now, and I’m not going to be ashamed of that. This time should feel celebratory. Because why should you be hiding your pregnancy?”

DISCLAIMER: The Views, Comments, Opinions, Contributions and Statements made by Readers and Contributors on this platform do not necessarily represent the views or policy of Multimedia Group Limited.
Tags:
Met Gala
Vogue