Michael B. Jordan and Lori Harvey split after over a year together 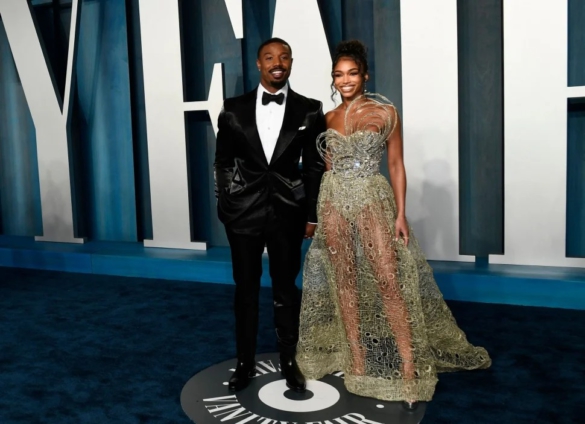 Michael B. Jordan and Lori Harvey are calling it quits after just over a year together. A source tells ET that the pair “broke up recently” and cited being at “different stages in their lives” as the reason for the split.

“Lori and Michael broke up recently. They were at different stages in their lives,” the source shared. “The two of them are trying to move on, but they’re both heartbroken and upset.”

Since news of their split broke, it appears Harvey has cleared her Instagram of photos of her and the Black Panther actor, while Jordan still has photos of him and the model up from March, when the couple made their red carpet debut at the Vanity Fair Oscars After-Party following the 2022 Academy Awards.

The pair celebrated their one-year anniversary in November, months after making their relationship Instagram official in January and were not shy about sharing their love on social media.

In December, Jordan told The Hollywood Reporter that he “finally found what love was” in Harvey and explained why he was comfortable going public with their relationship.

“When I was younger, I don’t know if I could have handled the onslaught of opinions and being picked apart, and also being conscious of what the other person’s going to go through. It takes a special person to deal with that,” Jordan shared.

“There’s a premeditated planning of staying out of the way [of the public eye] that sometimes kills spontaneity and intimacy. I wanted to take that away and give this the best chance it had, in this weird world that we live in, to be somewhat normal. Long story short, I think it’s just the timing of everything. It was the right time for me.”

It seemed Harvey felt the same, telling the ladies of The Real back in September, “when you know, you know.”

“We just really balance each other,” Harvey said at the time. “I really do believe in the statement when they say, ‘When you know you know.’ And I think that really applies to our situation and we just have a really good time together.”

Their relationship had the approval of Harvey’s famous father, Steve Harvey, as well, with the longtime TV host telling ET that same month, that he was pulling for the pair.

“This guy is not a representative. He is genuinely who he looks like he is,” he said at the time. “And he’s- I mean, like, it threw me off at first, because he was so kind. You know, I figure, ‘OK, this is the game right?’ But it wasn’t. This dude was sincere and he’s proven to be a really, really good, good guy. I’m pulling for him, you know, for them.”

DISCLAIMER: The Views, Comments, Opinions, Contributions and Statements made by Readers and Contributors on this platform do not necessarily represent the views or policy of Multimedia Group Limited.
Tags:
Lori Harvey
Michael B. Jordan