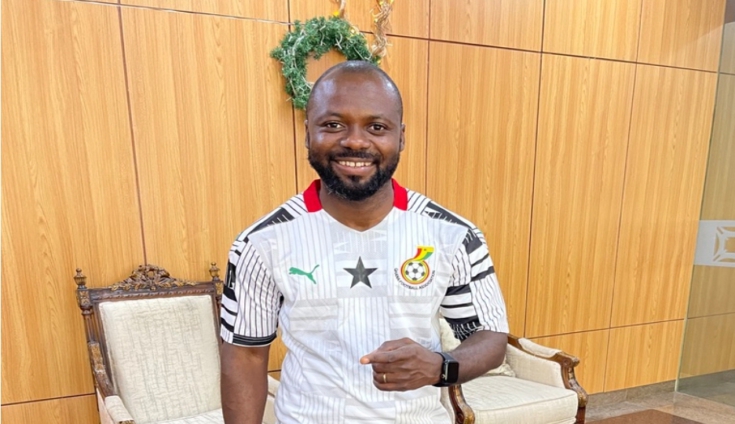 Fact; The Federal republic of Nigeria has the biggest population on the African continent. Thankfully, until a referee in a football (soccer) match issues a red card of dubious validity like it was issued to Andre Dede Ayew in Ghana’s match with the Comoros Island, all teams can only field 11 players. So, in essence, the population size does not mean much except to say that, a nation with a bigger population size has a bigger pull of talent to select from. But that advantage can also be a curse!

The Ghana Football Association (GFA) has sacked the head coach, dissolved the technical and management teams of the senior national team, Ghana’s Black Stars. Now there’s no Milo in the cup, it is safe to flip it.

I am not the fountain of knowledge neither do I claim to be a repository of wisdom in football matters.  In-fact, apart from a few clean sheets as a Goalkeeper for Argon Stars at Lashibi, community 18, I have not had much success playing any active football. I can however say without any equivocation, that I love my country and anything that advances her social and economic well-being, I support, in bad and in good times. My dear wife learnt and accommodated that part of me. We both wear Ghana jerseys even when the chips have fallen and the Black Stars are down. Even in defeat, our marriage stays healthier.

I am a perennial optimist, unashamedly so. I have absolute confidence in the abilities of the Ghanaian and so do not ask me if the Black Stars can beat Nigeria. Show me how! As for the doubters and doom mongers (chiefly from Parliament) advocating, sadly, for the disbandment of the playing body and total surrender thereof to Nigeria, I have just one counsel for you; focus on getting the E-Levy passed in parliament and leave Captain Dede (albeit red carded) and his team mates to clip the wings of the Eagles. The team will need funds from the E-Levy to prepare well for the World cup in Qatar.

Chris Hutton or Otto Addo (my personal friend), we need to ditch the traditional 4-4-2 formation and play according to our strength. The midfield is where talent abounds for Ghana and we must as of necessity play according to a strategy that allows us to field more of our talent. The structure and stature of the average Ghanaian player gives them a lower center of gravity. We thus need a system that allows us to dominate the nerve center of the game; the midfield! It’s not a new strategy, it’s been proven the world over, 3-5-2. Ours, because of the talent at our disposal within the time frame for the crucial match against Nigeria, should however be tweaked to a 3-2-1-3-1. To the untrained eye, it’s a 3-6-1 formation but its deeper than meets the eye.

The core of the team that played in Cameroon should be kept but a few critical additions need to be made just for the purposes of beating Nigeria on the two-leg cracker. The following are my pick for this all-important national assignment;

Goal Keepers: Adam Larsen Kwarasey, Richard Ofori, Jojo Wollocot (He’s had a bad tournament, I agree, but let’s not dampen his spirit by kicking him out of the team. It’s not good for team building and attracting talents from the diaspora).

Defenders [3]: Jonathan Mensah (you don’t leave your most experienced defender, with two world cup strides on the bench), Alexander Djiku, Daniel Amartey, Lawrence Lartey, Mohammed Salisu (find a convenient intermediary to bring him into the fold).

Strikers- Predators [1]: Felix Afena Gyan (task Essien or Muntari to get to him through Jose Mourinho), Kelvin Yeboah (fall on Tony Yeboah to convince him), Abdul Madjid Warris, Ebenezer Assifuah.

Like I said earlier, it does not matter who coaches the team against Nigeria. Indeed, it is not also about which of the coaches speak fluent Ga or Twi. It is about who is determined to work with what we have in order to achieve what we want, no matter what!

God bless our homeland Ghana and make her great and strong.