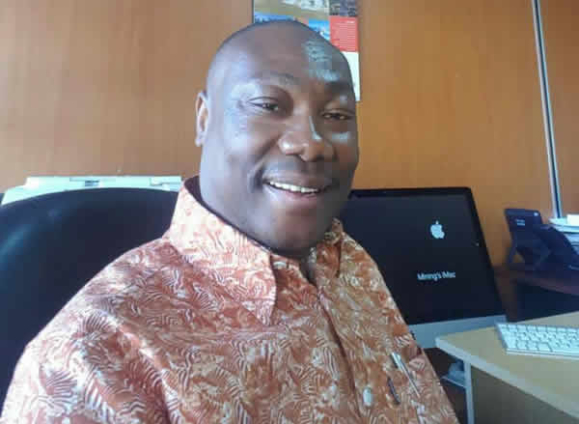 The Minerals Commission CEO, Martin Ayisi says his outfit is working with security agencies in the Volta Region to clamp down on illegal sand winning activities in Ketu North.

The activities, according to him, are largely carried out by Togolese who come to the shores of Ketu North to win the sand and transport it back to their country.

Speaking before the Public Accounts Committee of Parliament, he said, “it is only the security authorities who can help us [clamp down on illegal sand winning]. These days most of these people are armed, and you can imagine a young officer you send in there, they may just kill him.”

He further explained that the Commission is engaging with the assemblies to ensure that residents engaged in sand winning in the area are licensed.

The issue of illegal sand winning in Keta came to the forefront after the Deputy Majority Leader, Alexander Afenyo asserted that the tidal waves that have ravaged the communities in the Volta Region are due to sand winning.

However, some people, including South Dayi MP, Nelson-Rockson Dafeamekpor disagreed with him.

Mr Dafeamekpor decried suggestions that sand-winning activities in the area caused the destructive tidal waves that hit Keta and its environs.

The legislator intimated that it is insensitive for anybody to attribute the tidal waves to sand winning by indigenes.

Meanwhile, at an emergency Municipal Security meeting in November, a ban was placed on sand mining activities at its beaches with immediate effect and until further notice.

The ban was instituted by the Keta Municipal Assembly as part of measures adopted to curb sea erosion that has been blamed largely for the recent tidal waves that wrecked peoples’ homes in that enclave.

A 16 member task force was later formed to enforce the ban.

The committee is made up of heads of the various security agencies in the area, some assembly members, and other allied agencies clothed with the mandate to arrest and prosecute persons found culpable.

DISCLAIMER: The Views, Comments, Opinions, Contributions and Statements made by Readers and Contributors on this platform do not necessarily represent the views or policy of Multimedia Group Limited.
Tags:
Keta
Ketu North
Martin Ayisi
Minerals Commission
sand winning