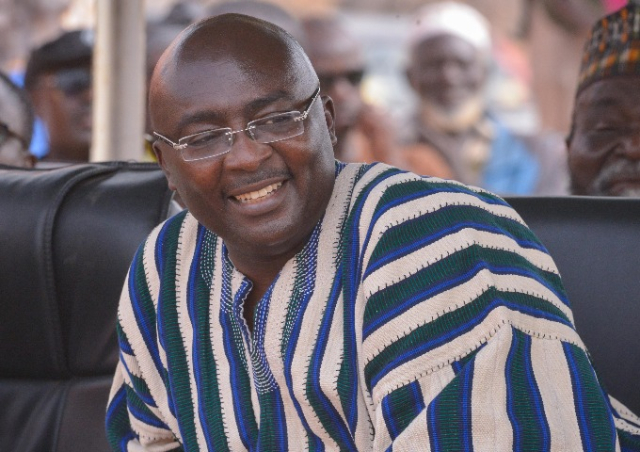 Government says Moody’s rating the nation’s economic outlook from stable to positive shows that the economy is on the right track.

Kojo Oppong Nkrumah, the Information Minister at a press briefing Sunday, said the Economic Management Team (EMT) “is very pleased with this outlook change and commits to doing more.”

“The change in outlook is a very important development especially in the context of our ratings history over the years,” he added.

Moody’s Investors Service (‘Moody’s’) on Friday affirmed Ghana’s long-term issuer and senior unsecured bond ratings at B3 and changed the outlook to positive from stable.

Moody’s has concurrently affirmed the rating of the bond enhanced by a partial guarantee from the International Development Association (IDA, Aaa stable) at B1.

The decision to assign a positive outlook reflects Moody’s rising confidence that the country’s institutions and policy settings will foster improved macroeconomic and fiscal stability over the medium term, in part as a consequence of the reforms implemented under the recent IMF reform program, the Agency said.

Reacting to this, Mr Oppon Nkrumah said the favourable rating shows that its “reforms are beginning to bear fruit, as seen for example in the return to primary fiscal surpluses, measures to smooth the debt maturity profile and increasingly sustainable growth prospects.

“Though pressures and risks remain (as evidenced by persistent revenue challenges, a potential repeat of pre-election fiscal cycles, and the emergence of significant arrears and further contingent liabilities in the energy sector, all contributing to rising public debt.”

Also, reacting to the news, Vice President Dr Mahamudu Bawumia, Head of the Economic Management Team, said the ratings “certifies that the results achieved so far from the first three years of economic recovery that the managers of the economy embarked upon.”

According to him, “contrary to the attempts by some to run down Ghana’s recent economic gains, this is further evidence that global economic watchers who are examining our economic data see clearly that Ghana’s economy is back on track and the future looks even better on this path.”

Dr Bawumia said the outlook improvement is further evidence “that all including the global economic community is clear in its mind and expectations that Ghana staying on this economic management track has a very positive outlook. Things can only continue to get better.”

The Vice President said the Akufo-Addo administration through its Economic Management Team will continue to ensure that the gains made are not compromised even in this election year.

He said government “will further ensure that the key pillars that have contributed to this improved outlook; restored macro-stability, rebounded growth, consolidated fiscal position, improved debt management and strong institutional reforms will continue.”