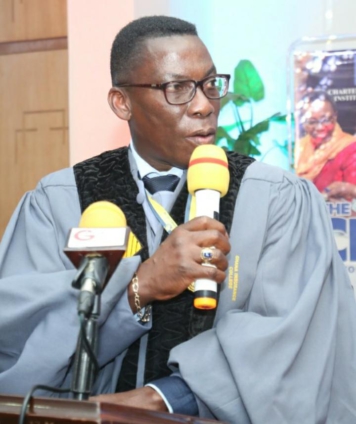 The National Insurance Commission (NIC) has revealed that most insurance companies have recapitalised, ahead of the 31st December, 2021 deadline in meeting the minimum capital requirement of ¢50 million.

The NIC announced the new capital requirement in 2019 and extended the deadline to the 31st of December this year.

Both life and non-life insurers are expected to increase their capital from ¢15 million to ¢50 million.

Speaking to Joy Business at the 2021 Chartered Insurance Institute of Ghana Educational Conference and Annual General Meeting, Commissioner of Insurance, Dr. Justice Ofori said his outfit is hopeful majority of insurance companies will be able to recapitalised by the end of the month.

“So far, they [insurers] are doing well, most of them have already capitalised beyond the ¢50 million. We understand some are also trying to catch up…you know the Ghanaian always want to wait till the last minute. I know before the end of the month we will see some miracles.”

On whether there will be potential consolidation, Dr. Ofori said it’s too early to forecast.

“There is one acquisition that has already taken place already. I haven’t seen any mergers yet, but as I said it’s not yet time, so anything can happen”, he stressed.

“I can’t tell whether all firms can recapitalise until we passed the 31st December, 2021. This is because someone [insurer] has the money but is waiting; once there is a deadline you can’t actually do anything”, he further said

Again, Dr. Ofori noted that “we gave an extension six months, the deadline was supposed to be July 1st but because of Covid-19 we extended it to January 1st 2022.”

Regarding plans for policy holders, Dr. Ofori said “we have plans in place to ensure that if companies fail to recapitalize, their policy holders will be taken care of. The new act, Insurance Act, 2021 (Act 1061) takes care of that.”

NIC to revoke licenses of insurers that fail to recapitalise by December 31st, 2021

The National Insurance Commission (NIC) has given a strong indication to revoke licenses of insurance firms that fail to recapitalise by 31st of December this year.

The companies have less than six months to meet the new requirement of ¢50 million which is expected to put them in good standing to be able to underwrite big ticket risks.

Speaking to Joy Business, Commissioner of Insurance, Dr. Justice Yaw Ofori said an appreciable number of insurance companies would be able to meet the new requirement following a final assessment of their books.

“Most of them have brought in their work plan on how they are going to actually achieve the ¢50 million requirement. So is in progress, by the end of the third quarter, we will actually have a clear figure of those companies that might be able to meet the requirement”, he pointed out.