My 'Allahu Akbar' song is to show my love for Islam – Broda Sammy - MyJoyOnline.com 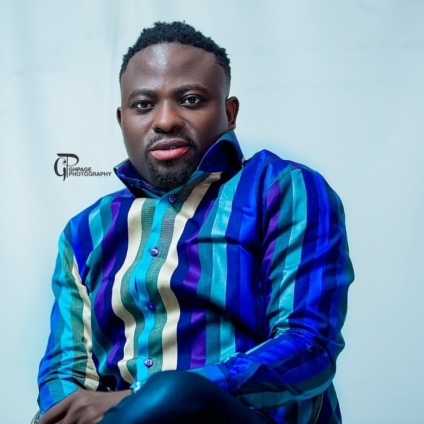 Gospel musician Broda Sammy says the motive behind his controversial song, ‘Allah Akbar’, is to spread love, and not to make mockery of the Islamic religion.

Although he claims the song is meant to unite Christians and Muslims, he has come under heavy criticism ever since the song was released, propelling it to go viral due to the commentary it had garnered on social media.

In an exclusive interview with Doreen Avio on Monday, the “Nation Worshipper” admonished that togetherness is essential among humans, irrespective of their choice of faith:

“The song is a unity song. The Bible says ‘united we stand, divided we fall’. Unity is what we need here in Ghana,” said Broda Sammy. “It doesn’t mean that because I am a gospel artiste, the Muslim is my enemy,” he declared.

The gospel artiste supported his argument by stating that harmony between Christians and Muslims is necessary, thus, as a musician, he felt the need to communicate that through music.

Reacting to the backlash from the Christian fraternity, he described them as hypocrites—since they refused to regard the fact that the song, ‘Allahu Akbar, was purely intended to bond the two religions, because they are all heading to the same destination – the “same” God:

Meanwhile, some Muslims have criticized the singer for his exaggerated gestures and costuming in the music video.

They bemoaned that the singer was making fun of the Islamic religion and its way of worship.

In Broda Sammy’s response to that, he vehemently debunked the assertion, claiming that it was just a reflection of how Muslims dress to pray.

He cautioned that the attire donned by Muslims is not meant for jokes—neither was it his intention to mimic the religion and its practices in a negative way.

In the video, Sammy was clad in a white robe – popularly called ‘Jalab’ or ‘Jalabia’; tied to his head, a white and red check-patterned Arabian scarf; with Islamic counting beads in his right hand, while he sang the lyrics of the song passionately.

Broda Sammy also revealed the he intentionally released the song, ‘Allahu Akbar’, in the Holy Month of Ramadan to solidarize with Muslims across the world, especially in Ghana, as they observe their 29/30-day fasting.

The gospel musician added that the song preaches love, thus, it is imperative that the motive and the song itself is supported, because, “we are all one people.”

‘Allahu Akbar’, which translates ‘God is Great’ in Arabic, is a phrase uttered by Muslims many times during prayer sessions.

The term is also used to express amazement, excitement and gratitude among Muslims.