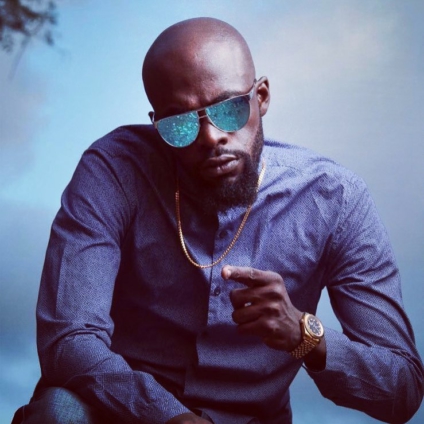 Although the final touches on the “Ayekoo” hitmaker’s debut album was done and dusted, it never got released to the general public, says Okra Tom Dawidi.

This according to him is partly because things did not go as planned by Okra and Da’ Hammer.

In an exclusive interview with Okra on The Library with Andy Dosty on Hitz FM, the rapper disclosed, “I have full album with Hammer – from intro to outro. And, things didn’t go as planned.”

Meanwhile, Okra Tom Dawidi’s Executive Producer kept mounting pressure on the rapper to have the album released, because he invested in the production of the project and wanted to make his money back from the album’s sales. After the pursuit returned no prospective results, the Executive Producer concluded that Okra engineered foul play with Da’ Hammer in order to double-cross him.

“Later on, my Executive Producer said I connived with Hammer to dupe him and all that. It was very bad. It was a big blow to me,” the rapper bemoaned.

Nevertheless, Okra heaped praises on Da’ Hammer for his work ethic and skill in bringing a record to life and making it stand the test of time. But he also expressed disappointment in not having that “magic” happen with his project.

“Hammer works magic when he works on a full album. But mine couldn’t materialize… and that was a very big blow to me. Those were my down moments with him.”

Hammer of the Last Two is yet to respond to the allegations levelled against him by Okra Tom Dawidi.

The poetic rapper won the admiration of Da’ Hammer after he was introduced to the record producer by his close friend, Steven Addae Junior, in the early 2000s. His breakthrough came from “Ayekoo” (featuring Tinny & Obrafour), a single off the The Execution Diary album—a compilation project by Obrafour.

Da’ Hammer was impressed with his capabilities and potential; Obrafour was overwhelmed by his aura and style —and that led to the creation of the aforementioned smash-hit single.

The rest was history. But, will Okra Tom Dawidi’s debut album ever see the light of day after 2 decades on Da’ Hammer shelves? Maybe. Probably, after Da’ Hammer resumes from his indefinite music production hiatus.

DISCLAIMER: The Views, Comments, Opinions, Contributions and Statements made by Readers and Contributors on this platform do not necessarily represent the views or policy of Multimedia Group Limited.
Tags:
Andy Dosty
Ayekoo
Hitz FM
Okra Tom Dawidi
The Library