My vision is to make GNAT result-oriented – GNAT President 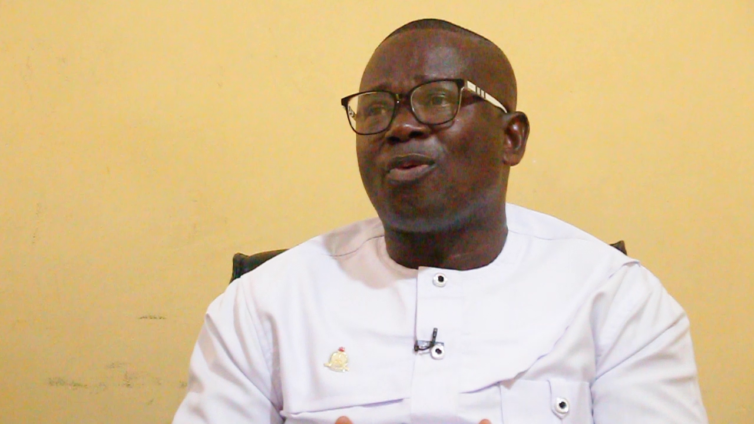 President of the Ghana National Association of Teachers (GNAT) has expressed his commitment to placing the association on a better footing.

According to Rev. Isaac Owusu, “my vision for the association is to see a very vibrant and pro-active result-oriented teachers’ union.”

During the event at the Kwame Nkrumah University of Science and Technology in Kumasi, he polled 321 votes, beating his closest contender, Prosper Tachie with just 3 votes.

In an interview with JoyNews, Rev Owusu explained why he decided to become GNAT National President after being Central Regional Chairman for more than four years.

“My ambition to occupy the highest seat of GNAT is to put the welfare of our members first “.

This can be achieved by making sure that we allow the structures in GNAT to work effectively “.

The GNAT President has also been telling JoyNews how he’d harness the aims of the other executives to run a great union.

“As a President, I believe that effective collaboration with other officers will give us a united front to fight for better conditions of service for our members. Being in office for about 8 months, I can say on authority that the future is very bright for the association “.

GNAT and other public sector unions earlier this year asked government for a 20% cost of living allowance.

Though government bargained to 15%, Rev. Isaac Owusu is excited about this development.

“I was very happy to see the joy on the faces of our members when they received the COLA “.

Rev Isaac Owusu holds a Master of Arts in Labour Studies from the University Of Cape Coast.

In 2016, he was given an Honorary Doctorate Degree in Theology.

He hails from Kuntanase in the Ashanti Region and is married with four kids.

DISCLAIMER: The Views, Comments, Opinions, Contributions and Statements made by Readers and Contributors on this platform do not necessarily represent the views or policy of Multimedia Group Limited.
Tags:
Delegates Conference
Election
GNAT
Isaac Owusu