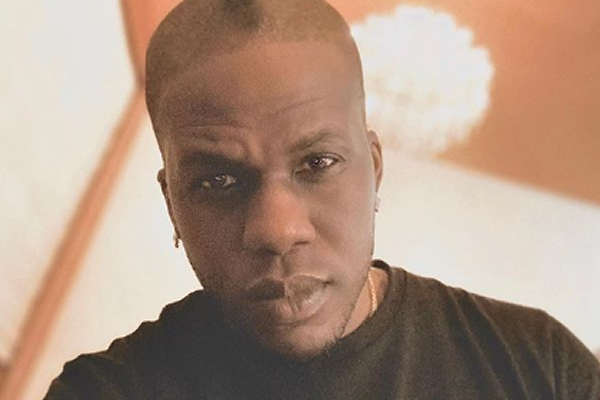 Olusegun Olowokere, popularly known as Iceberg Slim, is tired of people trying to shame him for cheating on actress Juliet Ibrahim.

The Nigerian rapper took to his Instagram Story to address the “self-righteous” people who regularly call him out for cheating.

He said he doesn’t “downplay” or try to “justify” what he did but that he has “owned” it, learnt from it and moved on.

He added that he has “fallen into the trap of trying to explain” himself when what happened was no one’s business “but his and the person he was involved with.”

Iceberg Slim then went on to reiterate to his critics that what happened in his past relationship is “NO ONE’s business.”

In another slide, he said that social media has become too toxic and he’s only there for the memes. 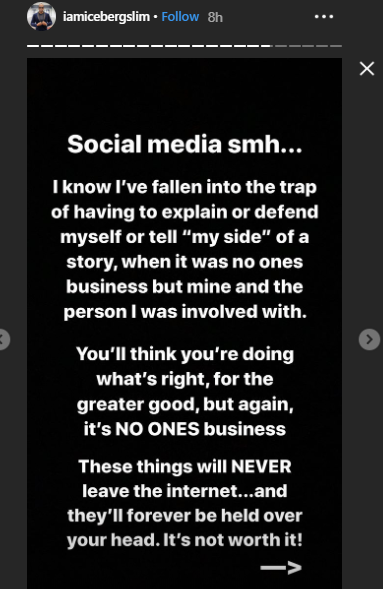 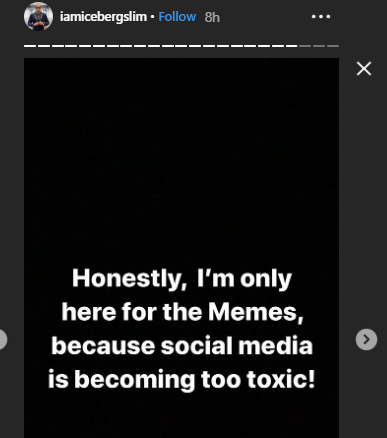 In 2019, after Juliet Ibrahim released her book, Iceberg Slim, who had hinted at the Ghanaian actress is a “toxic and controlling person” after their relationship ended, backtracked and asked for her forgiveness.

He added that he lied, cheated, and took her for granted but she found a way to “rise”.

DISCLAIMER: The Views, Comments, Opinions, Contributions and Statements made by Readers and Contributors on this platform do not necessarily represent the views or policy of Multimedia Group Limited.
Tags:
Iceberg Slim
Juliet Ibrahim